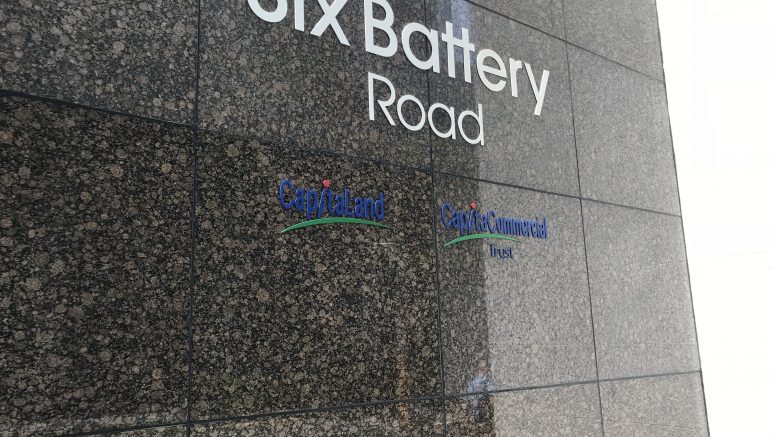 Gross revenue for the quarter ended 31 March rose 3.5 percent on-year to S$99.76 million, CCT said in a filing to SGX after the market close on Thursday.

“The improved performance was largely due to contributions from Gallileo – acquired in June 2018 – and higher occupancy at Asia Square Tower 2, which more than offset the divestment of Twenty Anson,” CCT said in the filing.

Kevin Chee, CEO of CapitaLand Commercial Trust Management, the REIT’s manager, was upbeat on the outlook.

“With monthly Grade A office rent trending upwards and limited new supply coming onstream from now until 2021, it is an opportune time to ride the positive office market cycle,” Chee said in the statement.

“CCT will focus on maintaining a high portfolio occupancy, signing office rents above market levels and securing positive rental reversions. We will also be ramping up marketing activities for CapitaSpring, with plans to open an interactive marketing showsuite in the second quarter of 2019,” he added.

But CCT noted that overall portfolio revenue growth this year may be impacted by negative rent reversions for leases signed in previous quarters, which are expected to flow through as they did for the on-year gross revenue from CapitaGreen and Six Battery Road in the first quarter.

The portfolio’s occupancy rate was at 99.1 percent as of end-March, the filing said.

CCT’s portfolio includes eight commercial properties in Singapore and one in Frankfurt, Germany.

Podcast: What the world looks like from Singapore on Thursday, February 22, 2018