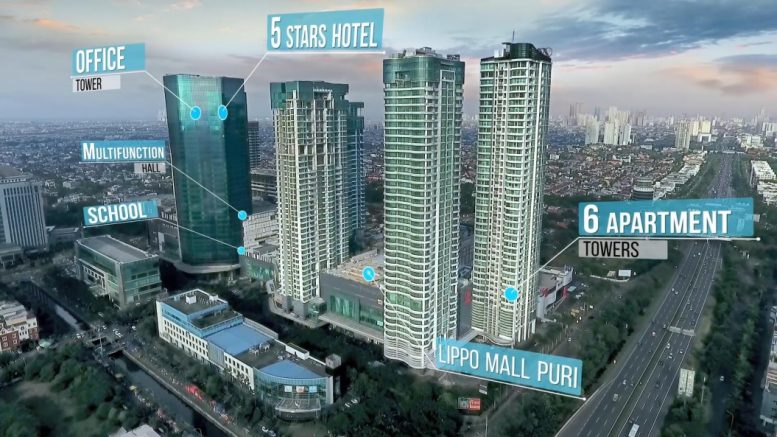 The mall will be acquired from PT Mandiri Cipta Gemilang, which is a wholly owned subsidiary of PT Lippo Karawaci, the sponsor of LMIR Trust, it said in a filing to SGX before the market open on Tuesday.

Gouw Vi Ven, CEO of the REIT manager, LMIRT Management, called the mall an “iconic and premier asset,” with attractive pricing. She pointed to its location in the Puri Indah central business district, with an affluent residential area nearby.

The mall is the retail component of the St Moritz Jakarta Integrated Development, the largest mixed-use development in West Jakarta, with six apartment towers totaling more than 1,000 residential units, a school and an office-cum-five-star-hotel building with around 320 rooms, LMIR Trust said.

“With the on-going positive economic developments within Indonesia, as shown by the gradual recovery of the Indonesian rupiah to Singapore dollar since the beginning of this year, the entry into a conditional sale and purchase agreement for Puri Mall allows us to lock in the attractive price,” Gouw said in the statement.

The purchase price is at a 5.13 percent discount to the lower of two independent valuations of the mall from Cushman & Wakefield VHS and Colliers International Consultancy & Valuation (Singapore), LMIR Trust said.

In addition, because Puri Mall is still maturing in shopper recognition, tenant performance and passing rents, PT Mandiri Cipta Gemilang will provide a guarantee for net property income of 348.0 billion rupiah through end-2019, which will increase to 356.0 billion rupiah in December 2023, the filing said.

The mall started operations in 2014, with many of the leases still in their first term and set to expire in 2019 and 2020, while the St Moritz development won’t be completed until 2020, LMIR Trust said.

The deal won’t include the walkway, which includes retail space and which connects the Lippo Mall Puri’s two eight-storey buildings, due to an ongoing civil lawsuit brought by PT Mandiri Cipta Gemilang against the regional government of Jakarta, the filing said.

The suit demands the government reinstate the company’s ownership of the land under the walkway and the issuance of the licenses to use and operate the walkway, it said.

The deal is expected to be completed in the second half of this year, it said.