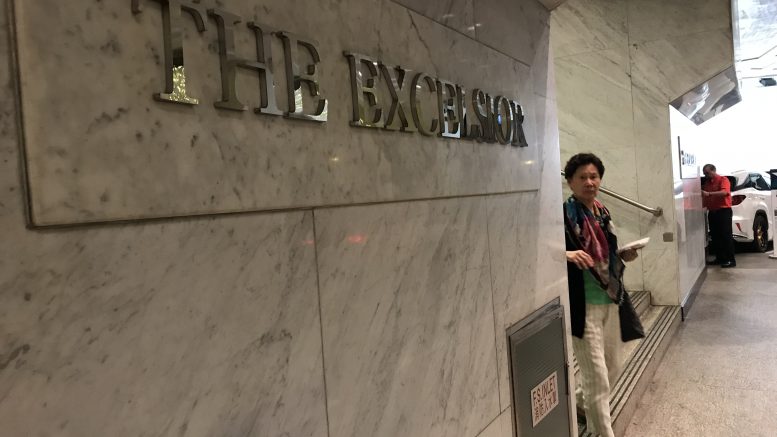 Mandarin Oriental reported on Thursday its 2018 net profit fell 21 percent on-year to US$43.6 million (S$58.78 million) on an accelerated write-down related to the planned closure of the Excelsior hotel in Hong Kong.

Last year, the company completed a strategic review of the Excelsior and announced it would redevelop the site as a commercial building, with the hotel to close at end-March and the project expected to be completed in 2025 and cost around US$650 million, it said.

“While the group’s underlying profit will be adversely affected until the site re-opens as a commercial  building (The Excelsior contributed US$24 million to underlying profit in 2018), the decision to close the hotel reflects strong commercial property values in Hong Kong and the expected higher yield associated with a commercial building at a time when the hotel requires significant investment,” Mandarin Oriental said.

Underlying profit, which is used to distinguish business performance, rose 19 percent on-year for the year to US$65.1 million, it said in a filing to SGX after the market close on Thursday.

That was due to particularly strong performances from its owned properties in Hong Kong and its Singapore hotel, as well as one-off fees in Las Vegas and Atlanta, Mandarin Oriental said.

The combined revenue of hotels under management, including subsidiaries and revenue from associate, joint venture and managed hotels, was US$1.40 billion for the year, up 1 percent from the previous year, the hotel operator said.

It noted that once the Excelsior has closed, it will recognize a one-time accounting valuation gain estimated at US$2.9 billion in its 2019 results to reclassify the asset as a commercial investment property on its balance sheet.

It said its outlook for 2019 was positive.

“Results will benefit from the full opening in the spring of the newly renovated London hotel, partially offset by the impact of the renovations in Bangkok and Madrid. These major investments, together with the group’s pipeline of new hotels under development, will position the group for long-term growth,” it said.