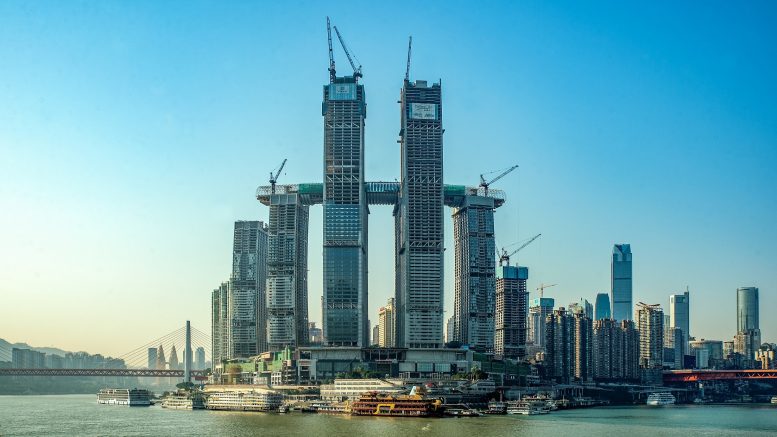 This article was originally published on Sunday, 24 February 2019 at 16:33 SGT; it has since been updated to add CapitaLand, Frasers Property and Raffles Medical Group.

These are Singapore companies which may be in focus on Monday, 25 February 2019:

CapitaLand said on Monday the eighth skyscraper at Raffles City Chongqing has been structurally completed, including the addition of the world’s highest skybridge, called The Crystal, at 250 meters high, linking six of the development’s eight towers. The megastructure, which includes a five-storey mall, is expected to open in the second half of the year, CapitaLand said in a filing to SGX before the market open on Monday.

“Upon Raffles City Chongqing’s structural completion, we are now focusing on the interior fitout works, including transplanting trees to enliven the Crystal sky bridge, which will feature the tallest observation deck across Western China,” Lucas Loh, president (China and investment management, for CapitaLand, said in the statement.

The three residential towers have a total 772 units and are 72 percent sold, the filing said. The project was designed by architect Moshe Safdie.

Halcyon Agri said on Friday that its subsidiary HeveaConnect agreed to place shares to ITOCHU Corp., one of Japan’s largest trading companies. The terms of the deal were still being finalized, Halcyon Agri said in a filing to SGX after the market close on Friday.

The deal will lead to ITOCHU joining DBS as a joint venture partner in HeveaConnect, it said.

In addition, ITOCHU subsidiary PT Aneka Bumi Pratama entered a memorandum of understanding with HeveaConnect to adopt HEVEAPRO standards on quality, responsibility and sustainability for rubber production, the filing said.

The deal is expected to expand Frasers Property (Thailand) into a real-estate “platform” of services across logistics & industrial, residential, commercial and hospitality properties, it said in a Thai stock exchange filing.

It was the third well to be completed as an oil producer in Myanmar so far this year, it said in a filing to SGX after the market close on Friday.

Interra said it has a 60 percent interest in the Improved Petroleum Recovery Contract of the Chauk field and a 60 percent stake in Goldpetrol, which is the field’s operator.