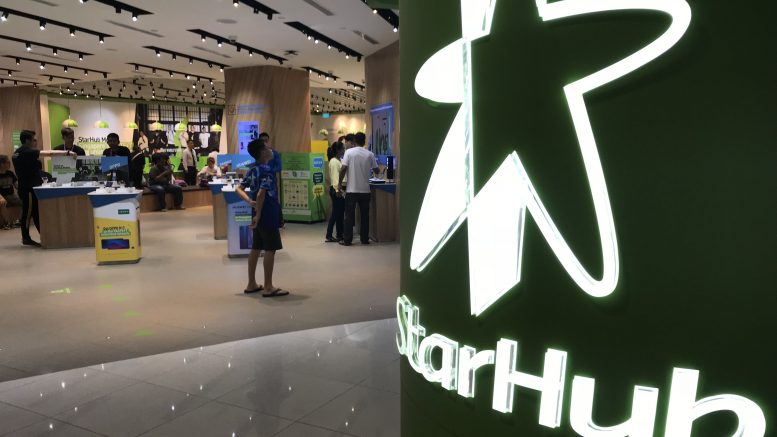 This article was originally published on Thursday, 14 February 2019 at 18:36 SGT; it has since been updated.

Singapore telco StarHub reported on Thursday that its fourth quarter net profit dropped 61.8 percent on-year to S$19.8 million amid losses from the Ensign and D’Crypt businesses and lower mobile and pay TV revenue. The results beat a forecast from Daiwa.

Revenue for the quarter ended 31 December fell 9.8 percent on-year to S$619.5 million, it said in a filing to SGX after the market close on Thursday.

Consolidating the results of Ensign and D’Crypt resulted in higher staff costs and operating expenses, it said.

For the fourth quarter, Daiwa forecast net profit of S$16 million on revenue of S$530 million.

Peter Kaliaropoulos, CEO of StarHub, said the results were in line with guidance and pointed toward the company’s efficiency drive.

“As part of our transformation plan, driven by the ongoing requirements to deliver a better customer experience, we have introduced a simplification of our mobile plans with the launch of the ‘Hello Change‘ campaign,” he said in the statement. “Additionally, we have lowered our TV subscription fees and enlarged the TV packs for key content such as HBO.”

Mobile revenue for the fourth quarter fell 13.7 percent on-year to S$194.3 million, due to lower IDD, voice and data usage revenue; lower subscription revenue due to higher phone subsidies given to customers; and a higher mix of SIM-only plans, StarHub said. In addition, it said there were higher provisions for customer loyalty programs, with redemption rates expected to increase.

Post-paid average revenue per user (ARPU) fell to S$41 in the fourth quarter, down from S$44 in the third quarter and S$46 at the end of the fourth quarter of 2017, it said. That was mainly due to lower excess data usage revenue from higher take-up of the DataJump program, which upsizes the data offering, and higher data bundled into base plans as well as a higher mix of SIM-only plans, it said.

Pre-paid ARPU was S$14, flat with the third quarter and the fourth quarter of 2017, it said.

PayTV revenue fell 19.1 percent on-year to S$71.3 million in the fourth quarter, mainly on a lower subscriber base, StarHub said.

PayTV ARPU was at S$48 at the end of December, up from S$47 in the third quarter, but down from S$51 a year earlier, mainly on a a lower basic tier subscriber base and rebates to customers for certain channels being terminated last year, StarHub said.

“The overall Pay TV market continued to be dragged by structural factors such as alternative viewing options and piracy,” Kaliaropoulos said.