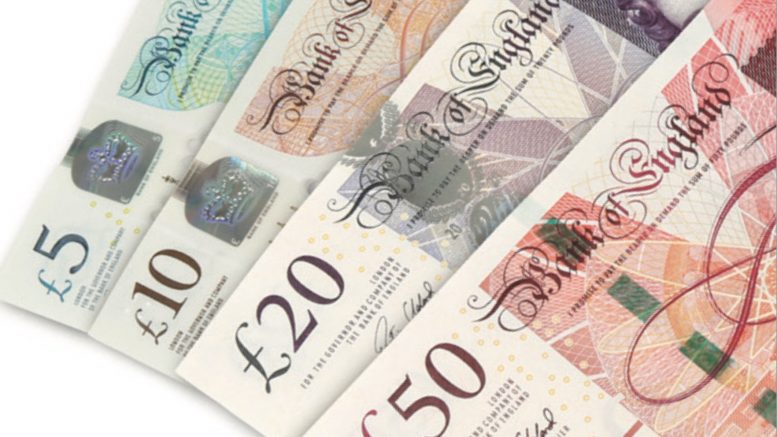 The pound sterling dropped and then recovered on Tuesday as the U.K. Parliament voted overwhelmingly to reject the Brexit deal currently on the table.

Prime Minister Theresa May’s deal with the EU went down in flames in Parliament, with MPs voting against the plan 432 to 202. That was followed quickly by opposition Labour leader Jeremy Corbin filing a no confidence motion in the Tory government, which could trigger a general election if Tory MPs come on board — although some analysts believe that isn’t likely.

The vote didn’t have much of an impact on Wall Street, as the defeat itself was widely expected, with only the final result closely watched.

But reports suggested Asian investors may be more worried about the possibility of a “no deal” Brexit and the implications for European operations.

Greg Gibbs, analyst at Amplifying Global FX Capital, said in a note Tuesday U.S. time that pound sterling was set to rise ahead as the risk of a no-deal Brexit gets priced out.

“In our view, the most probable scenarios for what comes next moves the U.K. towards a softer Brexit, where it agrees to accept EU rules to stay in the customs union, or ditches Brexit altogether,” Gibbs said. “The odds of a no deal [WTO] Brexit is now so low, in our view, it can be largely dismissed. As such, we see the downside for GBP to be greatly diminished and, if it occurs should be short-lived and relatively shallow.”

The U.S. dollar index, which measures the greenback against a basket of currencies, was at 95.96 at 7:05 A.M. SGT, rising from as low as 95.53 early in the previous session, but off levels as high as 96.24 touched Tuesday, according to ICE futures data.

DBS: This is who could benefit from the US trade spat with China