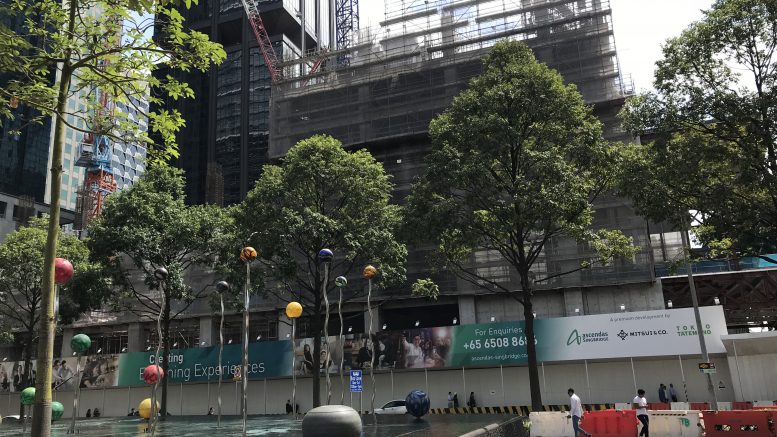 CapitaLand’s share rose on resuming trade on Tuesday, despite expectations of dilution, after it announced a proposal to acquire Ascendas-Singbridge from Singapore’s state-owned investment fund Temasek in a deal with an enterprise value of S$11 billion.

Under the agreement, Temasek will effectively receive S$6.0 billion, with 50 percent in cash and 50 percent in new CapitaLand shares priced at S$3.50 a share, a premium of 11.3 percent over the one-month volume weighted average price of S$3.1447, the filing said. The shares ended Friday at S$3.27.

But while some analysts had pointed to concerns over dilution from the plans to issue new shares, others were more optimistic.

CIMB said the deal would immediately be accretive for earnings per share (EPS) and return on equity (ROE). It estimated the pro forma EPS would be boosted by 4 percent, while ROE would rise by 5.7 percent to around 8.9 percent, not factoring in any synergies.

It also pointed to the deal as a strategic positive.

“In addition to complementing its strength in existing core markets, it will enable the group to scale up and expand its product offerings across new asset classes and new markets, such as Korea and India,” CIMB said in a note on Monday. “Income growth would be accelerated and fund management competitiveness enhanced.”

CIMB said the “transformative” deal would support the share price in the near term, but it was keeping its rating and target price unchanged at Add and S$3.55, respectively, pending more information on Ascendas-Singbridge’s portfolio.