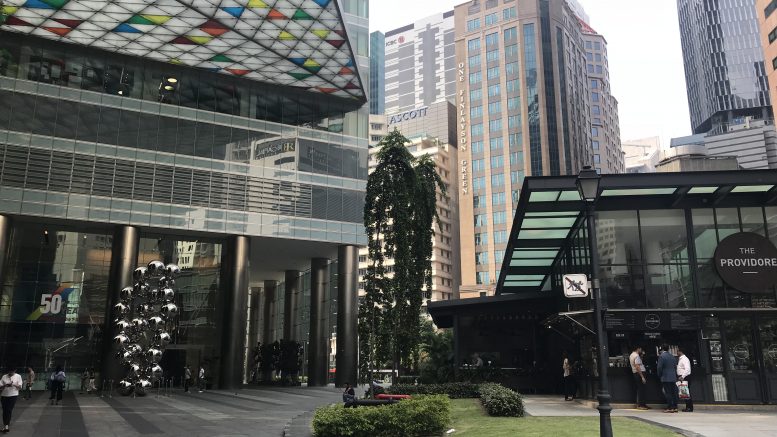 OCBC upgraded Ascott Residence Trust to Buy from Hold after the REIT entered a deal to sell the Ascott Raffles Place Singapore for S$353.3 million, or around 64.3 percent above its valuation at the end of 2018.

“While we were not surprised by the Ascott Raffles Place divestment per se given ART’s active asset recycling strategy, we were impressed that ART has managed to sell such a substantial asset significantly above its book value,” the bank said in a note on Thursday.

The REIT said on Wednesday that the 146-unit property, located at 2 Finlayson Green in Singapore’s central business district, was acquired in 2012 for S$220 million from The Ascott Ltd., and it expected to realize a net gain of around S$134 million.

OCBC noted that the divestment would have caused ART’s distribution per unit (DPU) in 2017 to fall to 6.92 Singapore cents if the deal had been completed at the start of 2017, compared with the actual DPU of 7.09 Singapore cents.

But the bank said it expected the REIT would make additional capital distributions from the divestment’s net gains to smoothe the loss in income. OCBC also expected gearing to fall as proceeds are used to pay down debt, assuming no new acquisitions.

“We continue to like ART’s portfolio of assets with its strong brand recognition and high geographical diversification,” OCBC said.

Other analysts were also positive on the deal.

DBS said in a note on Thursday that the deal supported its view of “significant ‘hidden’ value” in the REIT.

“The 10-15 percent discount to book that ART has been trading at over the past year is unwarranted given its track record of adding value,” DBS said, pointing to the around S$304 million of net divestment gains across ten properties over the past ten years.