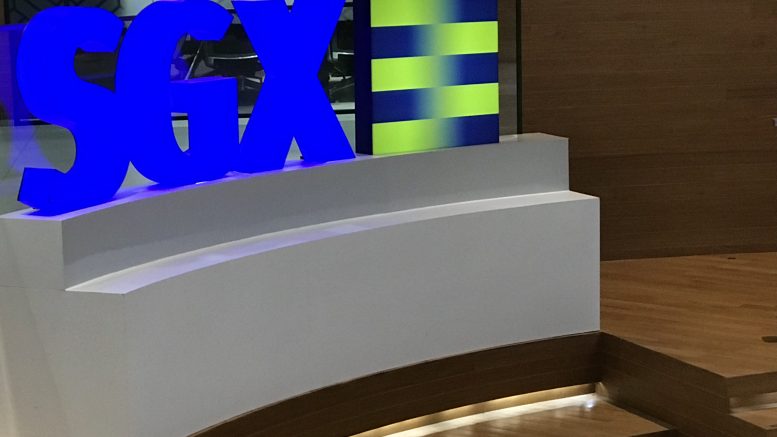 NThese are Singapore companies which may be in focus on Wednesday, 9 January 2019:

Singapore Exchange said on Tuesday that it signed a strategic cooperation deal with a Singapore-China inter-government project to support cross-border financial services.

Mapletree Industrial Trust said on Tuesday that after signing a lease agreement with global data center and interconnection company Equinix, plans have been underway to upgrade the 7 Tai Seng Drive property in Singapore to a data center.

Singapore-style coffee shop operator Kimly said Tuesday that it has received the first installment of S$1.4 million from the retroactive cancellation of its acquisition of beverage distributor Asian Story Corp., or ASC.

Aspial Corp. offered on Tuesday to repurchase up to S$15 million in face-value principal of its 5.05 percent notes due 2019 in the series 003 issued under its S$700 million multicurrency debt issuance program.

Read more: Aspial offers to repurchase up to S$15 million of 2019 notes

Spackman Entertainment said on Wednesday the romantic comedy film Crazy Romance, produced by its indirect wholly owned subsidiary Zip Cinema, has begun filming. The film is expected to premiere in South Korea this year, it said in a filing to SGX before the market open on Wednesday.

The estimated total production budget, including prints and advertising, is around 6.7 billion won, or around US$6.0 million, Spackman said.