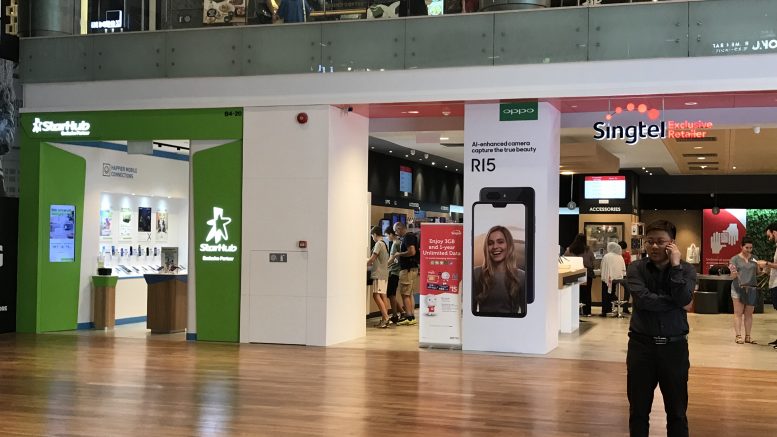 The planned entry of a fourth telco player into Singapore’s market has weighed on the sector’s valuations, but DBS said it may not disrupt the market much based on its “abysmal” capital expenditure so far.

Australia-based TPG’s capex spending on its Singapore entry so far is around A$66.7 million/S$65.7 million, or about 22-32 percent of its planned S$200 million to S$300 million capex spend, a level that may signal a reprieve for the existing players, DBS said in a note last week.

By comparision, it noted that StarHub, Singapore’s second-largest telco, has spent more than S$600 million on its 4G network since 2013, almost 10 times TPG’s current spending.

“At the current level of capex spend, TPG’s network at commercial launch in the second quarter of 2019 is unlikely to pose a major threat to the incumbents, in our view, due to potential network quality issues,” DBS said.

“While TPG is likely to meet the outdoor coverage requirements by December 2018, the quality of the outdoor network is likely to be poor with patchy and inadequate coverage inside buildings and MRTs given its current capex spend,” it added.

“This would make it difficult for TPG to lure low-end subscribers, who already enjoy much better network quality and coverage through Mobile Virtual Network operators (MVNOs) that ride on the incumbents’ mobile networks,” DBS said.

While it said it expected TPG to offer unlimited data plans, this may not be terribly enticing if it has an inferior network.

It tipped NetLink NBN as its top pick, estimating it traded at an around 6.6 percent 2019 yield, similar to large-cap industrial Singapore REITs’ average yield. DBS said the trust should trade at a tighter spread than S-REITs as its distributions are independent of the economic cycle and its gearing is lower.

It rated NetLink NBN at Buy, with S$0.87 target price.

DBS rated Singtel at Buy with S$3.59 target price, saying the negatives were priced in and it offered a safe dividend.

It rated StarHub at Buy with S$2.45 target price, pointing to expectations that earnings would rebound ahead.