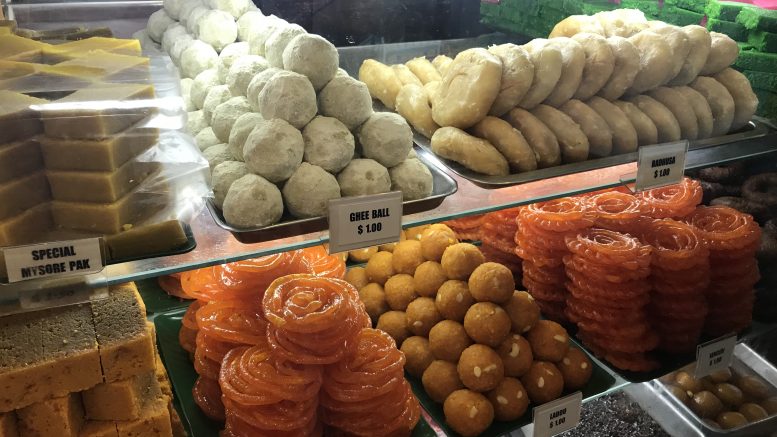 Singapore shares may face a wishy-washy session on Thursday, with a holiday-shortened week on Wall Street set to dampen cues until the closely watched Black Friday shopping data start rolling in.

“Since we are entering what is affectionately referred to as ‘turkey day,’ barring any unsightly headlines, near-term trading ranges will likely be honored during the Asia session,” Stephen Innes, head of Asia Pacific trading at OANDA, said in a note on Thursday.

But he added, Black Friday shopping in the aftermath of the Thanksgiving holiday dinner in the U.S. will be key to market fortunes ahead.

“It’s down to the U.S. retail sector to provide a lifeboat to investors as the markets pivots,” he said, calling it “the ultimate litmus test of U.S. consumer confidence.”

In addition to pre-turkey optimism helping to stabilize U.S. stocks after their long-running selloff, markets may be getting a fillip from hopes the U.S. trade war with China could see some easing tensions. That was after a South China Morning Post report, citing a source with knowledge of the matter, that the White House trade adviser Peter Navarro wouldn’t attend the closely watched meeting between U.S. President Trump and Chinese President Xi Jinping in Buenos Aires in December.

Scotiabank said in a note on Wednesday that the development is likely a positive.

“He’s in the extreme minority within the economics community by way of his protectionist leanings— not to mention lack of diplomacy — and so this may be a sign of a push toward a deal over time,” Scotiabank said.

Singapore’s Straits Times Index ended Wednesday up 0.39 percent at 3038.65; November futures for the index were at 3039 on Wednesday, while December and January futures were at 3037 and 3039 respectively.

U.S. markets will be closed on Thursday for the Thanksgiving holiday, and will be open for a half-day of trade on Friday.

The U.S. dollar index, which measures the greenback against a basket of currencies, was at 96.72 at 7:05 A.M. SGT after touching levels as high as 96.84 in a choppy session in the U.S. on Wednesday, according to ICE futures data.

“There’s a risk that the EU will cancel their special Brexit summit at the end of the month if a deal isn’t reached,” she said. “Until an agreement is reached, sterling will remain under pressure because with each passing day, the risk of a no-deal Brexit grows.”