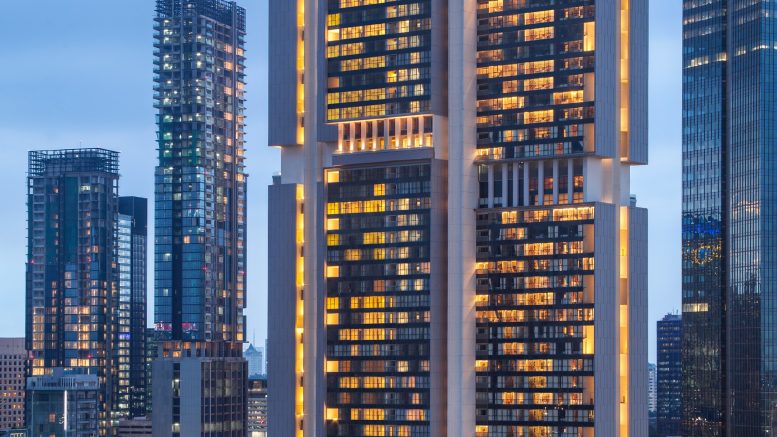 Ascott Sudirman Jakarta in the central business district; image from Ascott and used with permission.

CapitaLand’s lodging unit Ascott Ltd. has entered a tie-up with Indonesian property developer Ciputra Development Group, with Ascott set to manage serviced residences developed by Ciputra in Indonesia and China over the next five years.

The Citadines Sudirman Jakarta, which will have 253 units, will be the first property covered under the tie-up, with its opening set for 2021, Ascott said in a filing to SGX on Monday.

“It provides us with accelerated access to quality project pipeline,” he said in the statement. “We will continue to work with our strategic partners to not only expand within their markets but also to extend their reach overseas.”

Ascott’s Indonesian portfolio now has more than 130 serviced residences and business hotels with nearly 22,000 units across 39 cities in Indonesia, the statement said.

“Indonesia is Southeast Asia’s largest economy, where we see huge potential for us to expand. The country is witnessing increasing economic activities as well as infrastructure developments to improve travel connectivity, driving demand for quality accommodation,” Goh said.

The company said it plans to open nine serviced residences with more than 1,600 units in Indonesia over the next few years, it said.

The release said the deal was announced at the opening ceremony of the Ascott Sudirman Jakarta, which Ascott acquired from Ciputra in 2017 via the Singapore company’s global serviced residence fund with Qatar Investment Authority.

It also noted that Ascott first partnered with Ciputra in 1996 for Somerset Grand Citra Jakarta, which it jointly owns with Ascott Residence Trust, and that since then it has acquired Ascott Kuningan Jakarta from Ciputra in 2014.