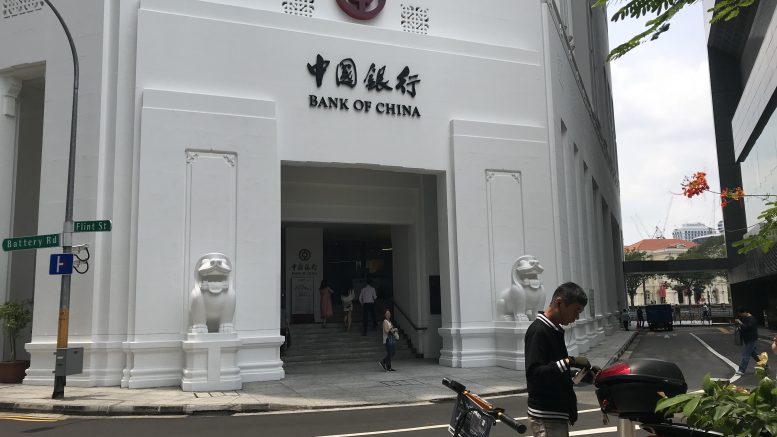 Singapore Exchange said on Wednesday that it signed a strategic cooperation deal with Bank of China (BOC) and China Foreign Exchange Trade System & National Interbank Funding Center (CFETS) to promote the CFETS-BOC Traded Bond Index and its sub-indexes and to explore developing products based on the indexes.

SGX will be the first exchange to distribute the bond indexes outside of China and will publish the data on its website, and explore using its market data distribution network to spread the data, it said in an exchange filing on Wednesday.

Loh Boon Chye, CEO of SGX, said that the deal would further strengthen the financial ties between Singapore and China.

“As China forges ahead with the opening up of its financial markets, SGX is well-placed to raise the visibility of the bond indices and facilitate greater global institutional investor interest. The distribution of the Indices through SGX’s network will also familiarize international investors with Chinese domestic markets,” Loh said.

Zhang Yi, president of CFETS, added that the CFETS-BOC bond indexes provided investors with an “accurate and reliable” view of China’s bond market and with a reference for tracking portfolio performance.

“The publication of indices on SGX authorised by CFETS and Bank of China will help foster publicity, encourage wider use of the indices and investment in related products among overseas investors, and further promote the opening up of China’s bond market,” she said.