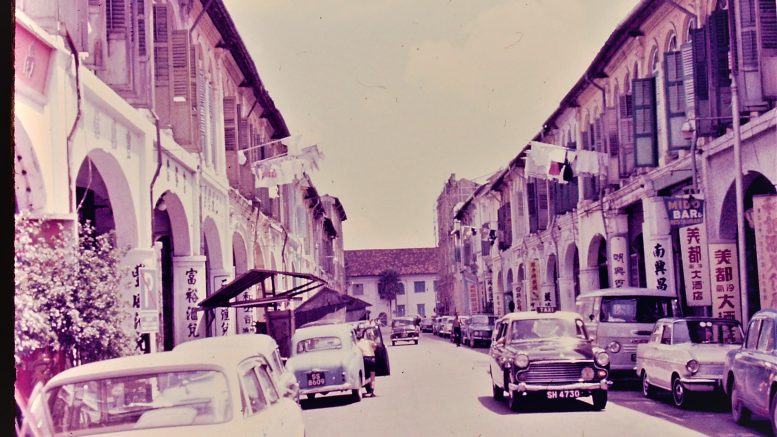 These are Singapore stocks which may be in focus on Friday 2 November 2018:

Singapore Exchange said on Thursday that it welcomed the listing of an initial 10 new single stock daily levrerage certificates (DLC), which will offer five times leverage on Singapore blue-chip companies and regional stocks.

Mapletree Logistics Trust entered a deal to acquire a warehouse in Vietnam-Singapore Industrial Park I, Binh Duong province, in Vietnam, for 725.1 billion Vietnamese dong, or around S$43.0 million, from Unilever International Co., the trust manager said on Thursday.

CapitaLand said on Thursday that it completed the divestment of 100 percent of Super Plus Ltd. (SPL) to an unrelated party for HK$559 million, or around S$98 million, in cash.

“The divestment is in line with CapitaLand’s strategy of delivering better value to shareholders through proactive portfolio reconstitution,” it said in a filing to SGX after the market close on Thursday.

Hi-P International said on Thursday that it appointed Mark Su Lii-Yun, age 51, as deputy CEO. From April 2009 through October 2018, Su was chairman and legal representative at Elementis PLC, it said.

CapitaLand said on Thursday that it completed the divestment of its 70 percent stake in Infinity Mall Trust, which owns Westgate mall, to CapitaLand Mall Trust.

OUE Hospitality Trust’s manager said on Thursday that it appointed Lionel Chua, age 46, as chief financial officer, effective 1 November. Chua had been CFO of Keppel Infrastructure Trust’s manager from May 2013 to October 2018, it said.

OUE Commercial REIT’s manager said on Thursday that it has completed its acquisition of the office components of the OUE Downtown development. It added that around 93.6 percent of the gross proceeds of S$587.5 million from its rights issue, or S$550.1 million, partly financed the acquisition, while S$6.9 million went for the rights issue expenses and S$30.5 million paid stamp duty and other expenses.

Keppel Corp. said on Friday that Keppel Land’s indirect subsidiary, Ibeworth, has converted 49 percent of the bonds of Nam Long Investment (NLG) into shares at 18.142 Vietnamese dong per share. After the conversion, Keppel Land, via Ibeworth, holds around 10 percent of the total enlarged number of shares excluding treasury shares, up from around 5 percent pre-conversion.

China Environment said on Thursday that it had been informed recently by a business partner that its wholly owned subsidiary, Xiamen Gongyuan Environmental Protection Technology (XMGY), had formed a liquidation committee.

BreadTalk said on Thursday its wholly owned subsidiary, Together Inc., increased the issued and paid-up capital of its 90 percent-owned joint venture BTG-Song Fa Venture to S$6 million from S$2 million via an allotment and issuance of 4 million ordinary shares.

Together Inc. and Song Fa Holdings subscribed for 3.6 million and 400,000 shares respectively, paying an aggregate S$4 million in cash, it said.

The disposal will contribute positively to earnings per share in the current fiscal year, it said.

China Everbright Water said on Thursday that it signed supplementary deals with the Public Utility Bureau of Zhangqiu District, Ji’nan City and secured Zhangqiu Waste Water Treatment (Plant 1, 2 and 3) upgrading projects, which will require a total investment of around 22 million yuan. The upgrading projects will be invested in, constructed and operated on a build-operate-transfer model, it said.

Sunpower Group said on Thursday that it wasn’t aware of any changes in policy, regulation or business performance that could have caused the volatility in its share price.

“The company remains fully operational and dedicated to executing the GI growth strategy, which the board believes has the potential to improve shareholders’ value in the long term,” it said in a filing to SGX after the market close on Thursday.

Tung Lok Restaurants said on Thursday that its fiscal first-half loss attributable to the owners was S$1.10 million, narrower than S$2.17 million loss in the year-ago period, while revenue increased 2.4 percent on-year to S$38.20 million.

It attributed the net loss mainly due to the waiver of S$1.5 million liabilities by a non-controlling shareholder in a subsidiary being accounted as attributable to non-controlling interests. Revenue rose on higher revenue from restaurants and catering despite closing two outlets in the fiscal first half and two other outlets in the previous financial year ended 31 March, Tung Lok said.

It issued a cautious outlook, saying restaurant operators in Singapore face tough competition, tight labor supply, high operating costs and “fast-changing” consumer tastes as well as concerns the U.S. trade war may undermine the economic outlook. But it said it would continue to work to cut costs and that it has opened its third Slappy Cakes outlet in July.

Vividthree Holdings said on Thursday that it would work with Taiwan-based Bossdom DigiInnovation to bring its Train to Busan virtual reality tour show to Taiwan, Hong Kong amd Macau.

Vividthree will develop one touring set for the show, with an expected delivery by the end of the first quarter of 2019, it said in a filing to SGX after the market close on Thursday.

This article was originally published on Friday 2 November 2018 at 7:44 A.M. SGT; it has since been updated to add an item on Singapore Post.