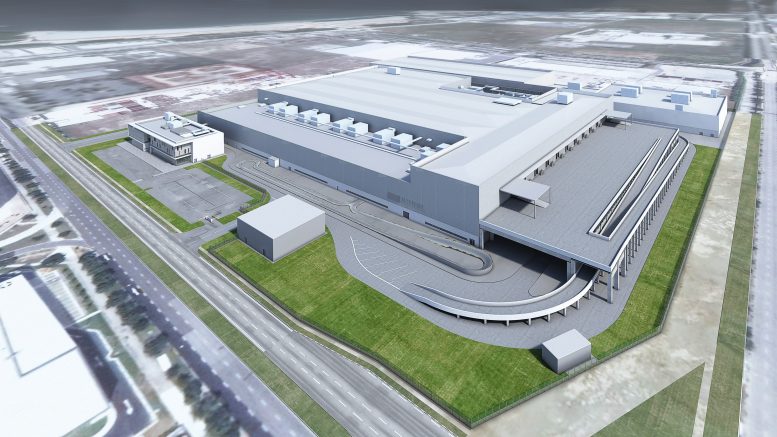 Vacuum cleaner maker Dyson said on Tuesday it would build the first manufacturing facility for its planned electric cars in high-cost Singapore.

Construction of the two-storey manufacturing facility is set to begin in December and is scheduled to be completed in 2020, it said in a statement on Tuesday.

It’s an odd choice for a car plant. Singapore’s real-estate and labor costs are relatively high, and it often suffers from labor shortages, especially since the government began limiting immigration in response to popular pressure.

But Dyson appeared set on its course.

“The decision of where to make our car is complex, based on supply chains, access to markets, and the availability of the expertise that will help us achieve our ambitions,” Jim Rowan, CEO of Dyson, said in the statement.

“Our existing footprint and team in Singapore, combined with the nation’s significant advanced manufacturing expertise, made it a frontrunner. Singapore also offers access to high-growth markets as well as an extensive supply chain and a highly skilled workforce,” Rowan said.

Dyson didn’t immediately respond to Shenton Wire’s email, sent outside office hours, on how much automation it planned for the production plant.

The choice of Singapore may be related to the island nation’s broad array of free-trade agreements, including one just inked with the European Union. Singapore also has trade deals with Japan, the U.S., India and is part of the 11-nation Trans-Pacific Partnership, which includes New Zealand and Australia, Mexico and Canada.

Its membership in the 10-nation Association of Southeast Asian Nations, or ASEAN, means it can export vehicles around the region with reduced or eliminated tariffs. ASEAN members Vietnam, Malaysia and Thailand are also a key regional producers of auto parts.

The location of its production plant isn’t the only odd choice: The maker of vacuum cleaners, hair dryers and fans is also throwing its hat into the highly competitive and complex arena of electric cars, a segment already dominated by big-name players including Tesla, BMW, BYD and Geely.

Dyson announced it was working on an electric car in September 2017 and it said it was continuing to invest in competing battery programs.

The decision to build the plant in Singapore followed Dyson’s announcement earlier this year that it was investing 200 million British pounds in buildings and testing facilities at its Hullavington Airfield campus in the U.K., it said, noting its plans for 2.5 billion British pounds of investment in new technology globally.