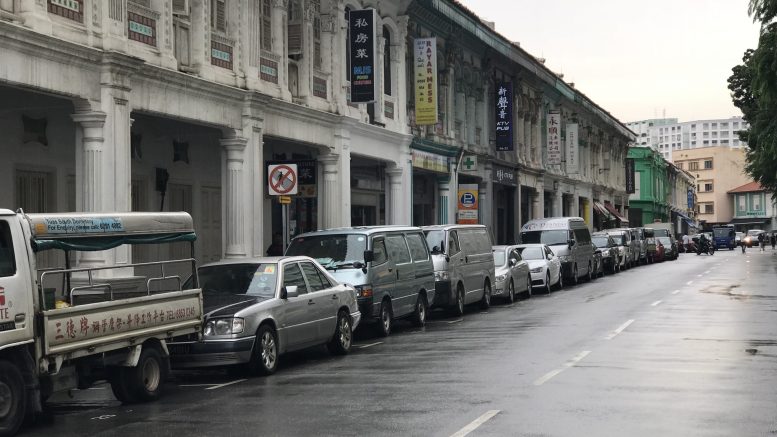 These are the Singapore stocks which may be in focus on Tuesday 23 October 2018:

Keppel-KBS US REIT’s manager said on Monday that it would finance the acquisition of the Westpark Portfolio via a renounceable rights issue of 186.24 million new units to raise around US$93.1 million.

Raffles Infrastructure said on Monday that its consortium signed a framework deal with the Tourist Board of the People’s Government of Dengfeng City, in China, to build tourist railways of around 70 kilometers with an estimated contract value of 6 billion yuan (US$864.70 million or S$1.19 billion).

The company had gotten a concession to operate a facility specializing in treating organic waste, including food and kitchen waste and sewage, under the build-operate-transfer model for a 28-year concession period after construction, it said in a filing to SGX after the market close on Monday.

The project has an estimated total investment cost of around 30.89 million yuan, or around S$6.14 million, and Wenling Jinhuan has a registered capital of the same amount, it said.

The first was wholly owned Citic Environmental Management (Meigu), with a registered share capital of 50 million yuan, which was set up to undertake an engineering procurement and construction contract of 2.5 billion yuan for ecological restoration in Meigu County, Sichuan Province, it said in a filing to SGX after the market close on Monday.

The capital injections are from proceeds of Citic Envirotech’s recent placement of new ordinary shares and from bank financing, it said.

In response to an SGX query on its shares’ nearly 13 percent jump on Monday, Hong Leong Asia pointed to its renounceable non-underwritten rights issue, which closed for acceptances on 19 October.

Hong Leong Asia said the details of the acceptances would be announced on Tuesday. It noted that Hong Leong Corp. had irrevocably undertaken to subscribe and pay for its entitlements and any rights shares not taken up by other eligible shareholders.

That means the rights issue will be subscribed in full, it said in a filing to SGX after the market close on Monday.

It added that it wasn’t aware of any other reason for the stock’s rise.

Hi-P International said on Monday that it incorporated a wholly owned subsidiary, called Hi-P (Nantong) Electronics Technology, in Nantong City in China on Monday. The subsidiary will have registered capital of US$34 million and will mainly engage in product design, research and development, manufacture and sales of electronics and parts, auto parts and small home appliances and their parts, it said.

The new subsidiary will be funded through internal resources, it said.

Fraser and Neave said on Monday that its wholly owned Singapore-based subsidiary, F&N Investments, subscribed for an additional 1.05 million shares of US$1 each in Emerald Brewery Myanmar Ltd. (EBML), while Myanmar-based joint-venture partner Sun Ace subscribed for 300,000 new shares at the same price.

After the transactions, F&N Investments will hold 74.9 percent of EBML, Sun Ace will hold 20.0 percent and Than Lwin Aye Yar (TLAY), which did not subscribe for additional shares, will hold 5.1 percent, it said.

Malaysian auto dealer MeGroup filed on Monday for an initial public offering (IPO) on Singapore Exchange’s Catalist board, with plans to raise around S$3.8 million after issuing 16.5 million invitation shares at S$0.23 each.

Shopper360 obtained an exclusive agreement with Singapore’s largest supermarket operator, NTUC FairPrice Co-operative, to offer in-store advertising services at 68 hypermarkets and supermarkets, it said in a filing to SGX after the market closed on Monday.

This article was originally published on Tuesday 23 October 2018 at 7:48 A.M. SGT; it has since been updated to add an item on Hong Leong Asia.