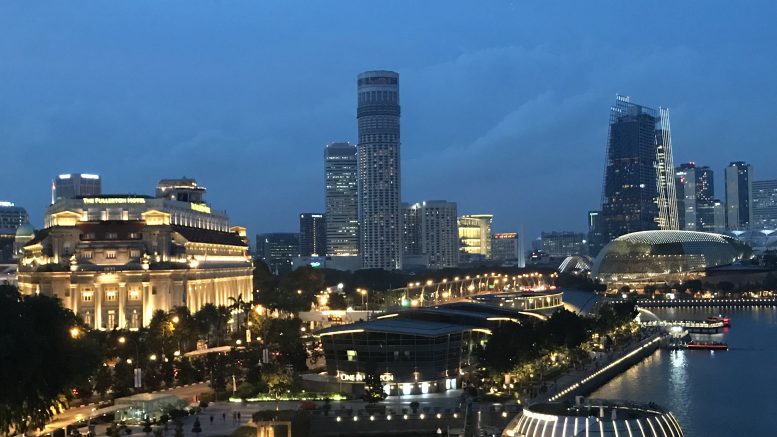 These are the Singapore stocks which may be in focus on Friday 19 October 2018:

Keppel Corp. reported on Thursday that its net profit for the third quarter fell 14.9 percent on-year to S$225.67 million amid lower contributions from property trading.

Frasers Commercial Trust reported its net property income for the fiscal fourth quarter fell 19.2 percent on-year to S$21.61 million on the divestment of the 55 Market Street property, lower occupancy at some properties and a weaker Australian dollar.

Singapore Airlines said on Thursday that it launched and priced S$600 million in aggregate principal of 3.16 percent notes due 2023 to fund aircraft purchases and aircraft related payments.

CapitaLand said on Thursday that it completed the acquisition of 16 freehold multifamily properties in the U.S. The property holding entities have become wholly owned subsidiaries of CapitaLand, it said.

Mapletree Logistics Trust’s manager said on Thursday that the divestment of the property at 531 Bukit Batok Street 23 in Singapore has been completed.

Following the divestment, MLT’s portfolio has 138 properties, including 53 properties in Singapore, nine in Hong Kong, 20 in Japan, nine in Australia, 11 in South Korea, 20 in China — where it has a 50 percent interest in 11 properties — 14 in Malaysia and three in Vietnam, it said in a filing to SGX after the market close on Thursday. Assets under management are valued at S$7.6 billion as of 30 June and considering the acquisition of five logistics properties in Singapore, announced in July, it said.

BreadTalk said on Thursday that its wholly owned subsidiary Together Inc. incorporated a joint venture company, BTG-WPC Venture, in Singapore with an issued and paid-up capital of S$2.0 million.

BTG-WPC Venture will be 80 percent owned by Together Inc. and will be principally engaged in the wholesale trade of confectionery and bakery products and the manufacture of bakery products, it said in a filing to SGX after the market close on Thursday.

BreadTalk’s equity investment in the joint venture was funded via internal resources and wasn’t expected to have a material impact on consolidated net tangible assets or earnings per share for the current financial year ending 31 December, it said.