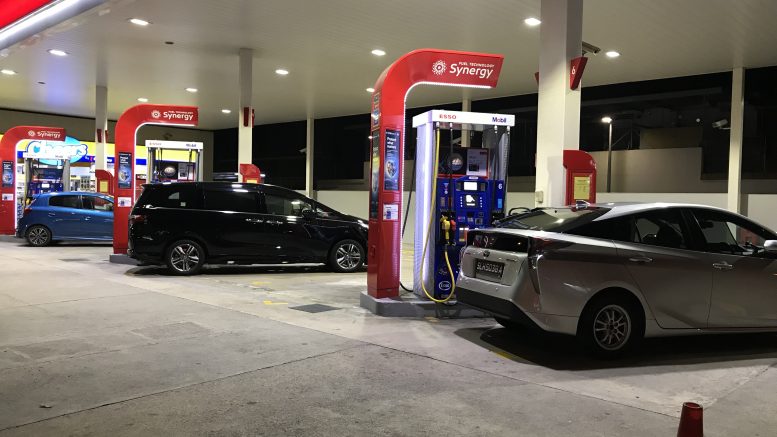 Crude oil prices were mixed in early Asia trading on Tuesday with the market focused on U.S. inventories data ahead.

But that was after oil prices touched near their highest levels in four years on Monday.

Stephen Innes, head of Asia Pacific trading at OANDA, said in a note on Tuesday that the rise may have been driven by the Baker Hughes oil rig count falling, which could suggest a slowdown in U.S. production.

Reuters reported on Friday that drillers cut three rigs in the week to Friday, bringing the total count down to 863, according to the Baker Hughes data.

The American Petroleum Institute reports weekly estimates of U.S. crude oil and refined stocks on Tuesday at 1630 U.S. EDT, with a gain of 1,.132 million barrels expected for crude oil inventories, according to investing.com.

The API estimates are due to be followed by official data from the Energy Information Administration on Wednesday 1030 U.S. EDT.

But Innes added that the prospects of the supply from Iran being disrupted was where markets were “singularly focused.”

Sustainability will be the top topic at Singapore’s Fintech Festival