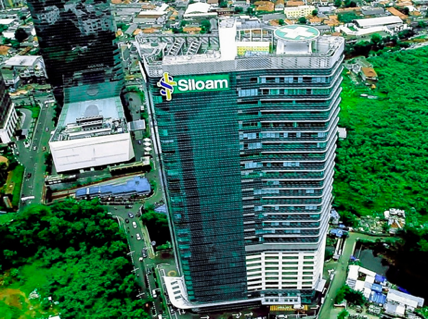 OUE said it would acquire a 60 percent stake in Bowsprit Capital, or 600,000 of its shares, making it a subsidiary, while OUE Lippo Healthcare would acquire the other 40 percent. The consideration paid will be split proportionally, with OUE paying around S$59.33 million of the total and OUE Lippo Healthcare paying around S$39.55 million, the two companies said in separate filings to SGX.

“The Bowsprit acquisition is part of OUE’s on-going strategy to create a sizeable asset management platform, comprising of diversified REITs. Bowsprit and First REIT will benefit from the support, network, management skills and know-how from the company’s portfolio of REITs,” Stephen Riady, OUE’s executive chairman, said in the statement.

“The Bowsprit acquisition, combined with our existing REITs’ portfolios and completion of OUE Downtown injection into OUE Commercial REIT, will bring our AUM [assets under management] to approximately S$8.0 billion by this year and we plan to grow it to over S$10.0 billion by 2019,” Riady said.

OUE Lippo Healthcare, via its indirect wholly owned subsidiary OLH Healthcare Investments, was also set to acquire 83.59 million units in First REIT, or a 10.63 percent stake, for S$102.65 million, the filing said. The price of S$1.2280 a unit is a discount of 7.5 percent to the S$1.3276 average intraday high price for the units transacted on SGX for the 90 trading days through 14 September, it said.

First REIT is a healthcare REIT investing in Asia property assets primarily used for healthcare purposes, and it currently holds 20 properties across Indonesia, South Korea and Singapore, it said. Bowsprit Capital currently owns 55.05 million units of First REIT, or an around 7.0 percent stake, it noted.

“The compounded annual growth rate of First REIT in terms of asset size and distribution are 15.3 percent and 13.2 percent respectively, from 2007 to 2017. Therefore, the proposed transactions are expected to provide the group with a stable and growing stream of recurring income and cash flow,” OUE Lippo Healthcare said.

OUE Ltd. will fund its part of the acquisition by internal resources and/or debt, it said. OUE Lippo Healthcare will be seeking shareholder approval for the transaction, but it has already obtained a mandate for a rights issue, it said.

OUE Lippo Healthcare said it would fund the deal with a renounceable underwritten rights issue of 2.21 billion new shares at an issue price of S$0.0675 for each rights issue on the basis of one rights share for each existing ordinary share held by entitled shareholders. It expects to raise gross proceeds of around S$149.96 million, it said.

The rights price is a discount of around 43.8 percent to the closing price of S$0.12 a share on Catalist on Monday, OUE Lippo Healthcare said.

Based on the First REIT manager’s audited financial statements for the year ended 31 December, its audited net tangible assets and profit after tax were around S$77.54 million and S$10.29 million, respectively, the filing said. The manager’s assets under management were around S$1.3 billion as of 30 June, it said.

Shares of OUE Ltd. and OUE Lippo Healthcare were halted before the market open on Tuesday.