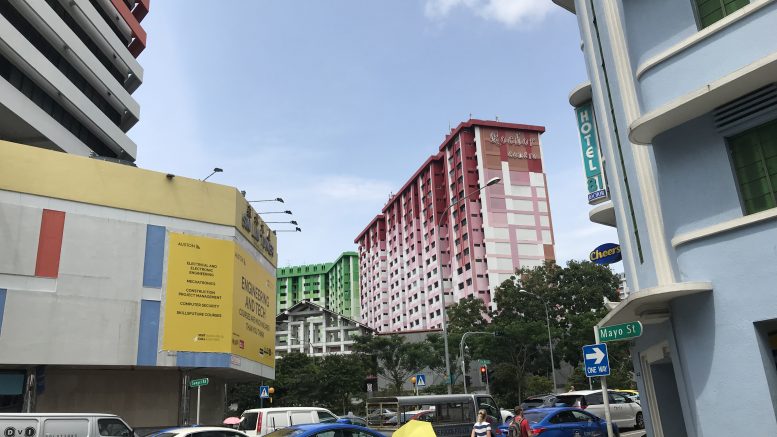 These are the Singapore stocks which may be in focus on Monday 10 September 2018:

Singapore Press Holdings acquired a portfolio of 14 student housing buildings in the U.K. across six towns and cities for around 180.5 million British pounds, or around S$321 million, from Unite Group PLC, it said in an SGX filing before the market open on Monday.

The portfolio of purpose-build student accommodation (PBSA) comprises 10 freehold assets and four leasehold assets and has a total capacity of 3,436 beds for student accommodation in established university cities and towns with large full-time student populations, including London, Birmingham, Bristol, Huddersfield, Plymouth and Sheffield, it said.

Ascendas-Singbridge said on Friday that it acquired a portfolio of 33 office properties in the U.S. in its first foray into that geography.

The office properties have a total net lettable area of 3.3 million square feet and are located in Portland, Raleigh and San Diego, the sustainable urban development and business-space services provider said in a press release on Friday.

The Salim Group and Keppel Corp. have entered a 60:40 joint venture to develop and operate a high-availability data center in Bogor, about 35 km from Jakarta, Indonesia, the companies said in a filing to SGX before the market open on Monday.

Stamford Land said in an SGX filing late Sunday evening that the company and its directors filed a writ of summons last week against the shareholder who made allegations in a Facebook post and a Business Times editorial about how the annual general meeting (AGM) was conducted and about the property and hospitality company’s capital management.

BreadTalk said on Monday that it entered an 80:20 joint venture with Taiwan-based Wu Pao Chun Food, or WPC, to operate Wu Pao Chun brand bakeries in Singapore and Hong Kong.

Together Inc., a wholly owned BreadTalk subsidiary, will take an 80 percent stake in the joint venture, which is expected to open its first Wu Pao Chun bakery in Capitol Piazza in 2019, it said in a filing to SGX before the market open on Monday.

ST Engineering said on Friday it incorporated a new company, Keystone 5, in Singapore as a wholly owned subsidiary of Keystone Holdings (Global), which is a 50:50 joint venture between ST Aerospace Resources and SJ Aviation Capital as a holding company for aircraft leasing investments.

“Through Keystone 5, ST Engineering will grow its aircraft leasing business by acquiring more mid-life narrowbody aircraft that are currently on lease to airlines,” it said in a filing to SGX after the market close on Friday.

Keystone 5 has a paid-up capital of US$1.00 and isn’t expected to have a material impact on earnings per share or net tangible assets per share for the current financial year, it said.

United Engineers Ltd. said on Saturday that its wholly owned subsidiary, UED Residential, was awarded on Friday the tender for a government land sale parcel at Dairy Farm Road for S$368.8 million.

UEDR plans to develop the site into a project with around 450 residential units, a childcare center, a supermarket, a food court and F&B/retail shops, it said in the filing to SGX on Saturday.

Star Attraction, a wholly-owned indirect subsidiary of Hong Kong real estate giant Wheelock and Company, has extended the closing date of its voluntary unconditional general offer for all of the shares of Wheelock Properties (Singapore), DBS Bank said in a filing to SGX on Friday on behalf of Star Attraction.

The closing date of the offer has been extended to 21 September 2018 at 5:30 P.M. SGT from 7 September, it said in the filing after the market close on Friday.

UOL Group said on Friday that Liam Wee Sin, age 59, will be appointed group CEO, with effect from 2 January 2019, taking over from Gwee Lian Kheng, who will remain a director on the board.

Liam joined the property developer and owner of Pan Pacific Hotels in 1993 and was promoted to deputy group CEO in August 2015 from president (property), it said in a filing to SGX after the market close on Friday.

Sushi restaurateur Sakae Holdings said on Friday that it would delay its annual general meeting to carry out a thorough investigation of a soured sugar transaction which left it with a doubtful debt after US$4.3 million worth of the sweet stuff went missing.

It’s a story of a missing customer, with no apparent place of business, and a deal broker who left no forwarding address.

Acceptances of BT Investment’s mandatory unconditional cash offer for all of the shares of CH Offshore were at around 15.89 million shares, or around 2.25 percent of the total, at the offer’s close at 5:30 P.M. SGT on Friday, RHT Capital said in a filing to SGX on Friday.

RHT Capital is acting on behalf of BT Investment, which is a wholly owned, direct subsidiary of Baker Technology, it said.

Shipbuilder ASL Marine said on Friday that it was seeking additional credit lines to expand its ship repair operations after a “trying year,” as the shipbuilding recovery has been “slower than expected.”

“The management do not foresee the shipbuilding segment to improve significantly in the next 12 months,” Christopher Chong, chairman of the shipbuilder’s audit committee, said in a letter to noteholders which was filed to SGX after the market close on Friday.

Ascendas REIT’s manager said on Friday that the acquisition of No. 1-7 Wayne Goss Drive in Brisbane, Australia, has been completed at a total investment cost of A$31.0 million, or S$31.8 million.

The transaction was funded by internal resources and existing debt facilities, it said. After the completion, Ascendas REIT will own 98 properties in Singapore, 34 in Australia and 12 in the U.K., it said.

Vard Holdings said on Friday it signed an agreement to sell the diving support and construction vessel previously contracted to Harkand Group to an undisclosed international customer.

The original contract with Harkand was announced at the end of 2013, but in May 2016, Vard was notified that Harkand had entered into administration, it said in a filing to SGX after the market close on Friday.

Shareholders of Vard Holdings who haven’t accepted the exit offer have been sent a notice to non-assenting shareholder form which allows them to require Fincantieri Oil & Gas to acquire their shares at the offer price of S$0.25 in cash within three months, or by 7 December 2018, Citigroup said in an SGX filing on Friday. Citigroup is acting on behalf of the offerer, Fincantieri Oil & Gas, it said.

Last week, in separate filings, it said around 94.20 percent of Vard shares have been acquired or agreed to be acquired or have valid acceptances of the exit offer.

Vard Holdings has previously said the expected date and time for the suspension of trading of the shares will be 9:00 A.M. SGT on 20 September, immediately after the close of the exit offer.

Stamford Land said on Friday that it bought back 94,400 shares in the market at S$0.485 each for a total consideration including other costs of S$45,853.

Since the July 2018 beginning of the buyback mandate, Stamford Land has bought back 5,039,400 shares, or 0.583 percent of the issued shares excluding treasury shares at the time the mandate started, it said in a filing to SGX after the market close on Friday.

Halcyon Agri said on Friday that it acquired a total of 4,900 shares of Centrotrade (Thailand), a new company incorporated in Thailand, for 490,000 Thai baht.

The shares were purchased by two Halcyon Agri wholly owned subsidiaries, with Corrie MacColl International buying 4,899 shares for 489,900 baht and Centrotrade Commodities Malaysia acquiring one share for 100 baht, it said in a filing to SGX after the market close on Friday.

That gives the group 49 percent of the total 10,000 shares issued by Centrotrade (Thailand), which has investment holding as its principal activity, with the remaining shares held by an unrelated Thai national, the filing said.

The subscription was funded by internal resources and isn’t expected to have a material impact on consolidated net tangible assets per share or earnings per share for the current financial year, it said.

It is China Sunsine Chemical’s first buyback since the mandate began in April 2018 and represented 0.03 percent of the issued shares excluding treasury shares at the time the mandate started, it said in a filing to SGX after the market close on Friday.

Noble Group said on Friday that it formed a wholly owned subsidiary, Noble Trading Co., in the British Virgin Islands on Thursday, with a principal business of investment holding.

“The subsidiary is intended to be Trading Co., being the main operating company of New Noble Group which will control and operate the core business and which may hold direct or indirect legal title to certain of the Asset Co assets following the completion of the proposed restructuring,” Noble said in a filing to SGX after the market close on Friday.

The subsidiary’s issued and paid-up share capital and the net tangible asset value and book value is US$100, comprising 100 shares at US$1.00 each, it said, adding this was paid in cash and funded by internal resources.

Noble Group said on Friday that Regis Bay S.A., a wholly owned dormant subsidiary of the company incorporated in Uruguay has been voluntarily dissolved. Both the net tangible asset value and the book value of Regis Bay shares were nil, it said.

Spackman Entertainment said on Friday that its first co-produced TV romantic comedy, Terius Behind Me, is expected to be broadcast in South Korea on 26 September.

The TV drama features actor So Ji-sub, who is represented by Fiftyone K Inc., under Spackman Entertainment’s associated company, Spackman Media Group, and Jung In-sun, it said in a filing to SGX after the market close on Friday.

This article was originally published on Monday 10 September 2018; it has since been updated to add an item on BreadTalk.