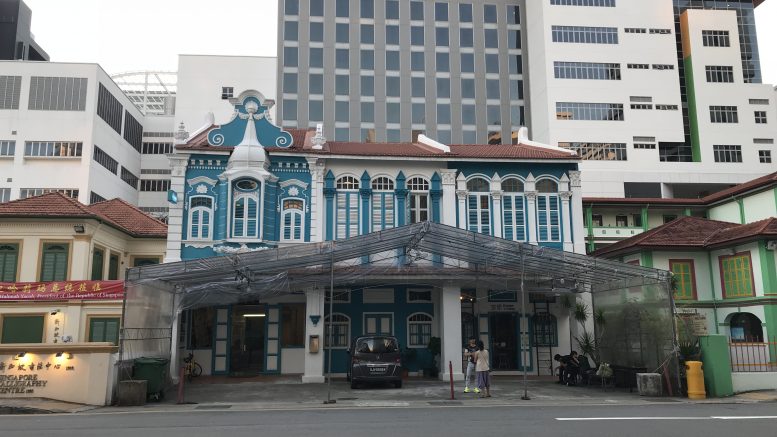 Singapore’s shares may get a boost from signs the U.S. trade war could enter a cease fire, after Wall Street got a boost after the U.S. and Mexico reached an agreement to modify the NAFTA trade deal on Monday.

“Investors are hoping that Mexico’s deal represents a more conciliatory approach by Trump that could pave the way for similar agreements with other countries. Rising global trade tensions has been one of the greatest sources of uncertainty for the financial markets this year and it sparked a risk off tone,” Kathy Lien, managing director of foreign-exchange strategy for BK Asset Management, said in a note on Monday, U.S. time.

“The bulls have firm control here, as a market breaking out of prior all-time highs is as bullish as it gets, especially if high yield credit is performing fairly well too. Sure, the bears can focus on valuation and fairly concentrated breadth, but the S&P 500 on 16.8 times consensus forward earnings is lofty, but there is scope for the market to push this 18 times before real vulnerabilities kick in. So I am happy to remain long here,” Chris Weston, head of research at Pepperstone, said in a note on Tuesday.

The U.S. dollar index, which measures the greenback against a basket of currencies, was at 94.77 at 7:51 A.M. SGT, off as high as 95.28 overnight, according to ICE futures data.

The 10-year U.S. Treasury bond yield was at 2.813 percent at 5:00 P.M. SGT after rising as high as 2.847 percent overnight, according to Tullett Prebon data. Bond yields move inversely to prices.

“Now that Mexico secured a bilateral trade deal, investors are unwinding their long dollar trades in the hopes that more countries will follow. The dollar index dropped to three-week lows today and further losses are likely,” BK Asset Management’s Lien said. “If Canada manages to secure a preliminary trade agreement this week, all of the major currencies will extend higher and the U.S. dollar will retreat further.”

“The best performing currency today was the euro. Not only did it benefit from the overall improvement in risk appetite but it was also supported by stronger business confidence. The German IFO index rose for the first time in nine months,” Lien said. “Expectations for exports were particularly strong which is a sign that concerns about trade tensions are easing. This means that more than short covering could fuel the rally in EUR/USD going forward.”