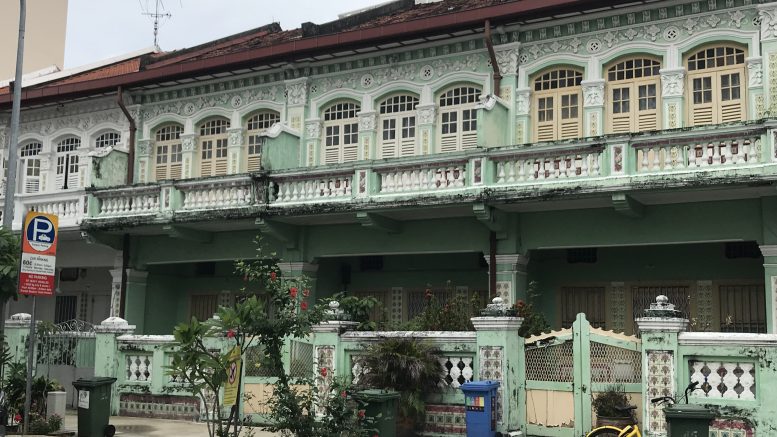 These are the Singapore stocks likely in focus on Friday 10 August 2018:

Singapore Exchange reported on Wednesday its total securities market turnover value was S$24.6 billion in July, up 1 percent on-month, but down 4 percent on-year over 22 trading days; June 2018 had 20 trading days, while July 2017 had 21 trading days, it noted.

The securities average daily value was S$1.12 billion, down 8 percent on-month and 8 percent on-year, it said.

The total market capitalization of 745 listed companies was at S$997.86 billion at the end of the month, it said.

Troubled commodity trader Noble said on Friday that it has published its restructuring circular and will hold a special general meeting to approve the plan on 27 August.

The resolutions to be proposed at the special general meeting will require the approval of a simple majority of shareholders voting in person or by proxy, it said.

“The board believes that the RSA represents the best and most fair deal for all parties and the best way to preserve the residual value in the company for all stakeholders. It is now critical that we complete the restructuring as soon as possible, to enable the group to once again operate with a sustainable capital structure and to focus on capitalizing on the growing opportunities in the Asian commodities markets,” Noble’s Chairman Paul Brough said in the statement.

Baku Shipyard is a joint venture between Keppel Offshore and Marine (KOM), State Oil Company of Azerbaijan Republic (SOCAR) and Azerbaijan Investment Company (AIC), it said in a filing to SGX after the market close on Wednesday.

It noted KOM has maintained an indirect stake of 8.5 percent in Baku Shipyard.

Ezion reported on Wednesday that its profit after tax for the second quarter was US$86.96 million, compared with a year-earlier loss of US$2.57 million. Revenue declined 65.7 percent on-year in the quarter to US$23.29 million, it said in a filing to SGX after the market close on Wednesday.

It said the revenue decline was mainly on continued delays in redeploying its liftboats due to working capital constraints pending the finalization of its restructuring exercise on bank borrowings. It also pointed to a drop in utilization rates of jack-up rigs and not recognizing revenue when it believed certain customers wouldn’t be able to meet existing charter obligations. It also said it saw lower utilization rates of its tugs and barges and lower charter rates across its fleet of vessels.

It noted it benefited from the strengthening of the U.S. dollar against the Singapore dollar.

Excluding fair value change and exceptional items, attributable profit would have fallen 8.6 percent on-year in the quarter ended 30 June to S$166.8 million, it said in a filing to SGX on Wednesday after the market closed.

In Singapore, revenue rose by S$437 million in the quarter to S$680 million amid higher revenue from residential properties on profit recognition from the settlements of Parc Life Executive Condominium and progressive development property recognition from Seaside Residences, it said. Revenue from commercial properties in Singapore rose by 12 percent on-year in the quarter to S$118 million on operations beginning at the newly completed south wing of Northpoint City and higher occupancy at the north wing, it said.

That was partially offset by lower contributions from Frasers Commercial Trust’s Singapore and Australia properties, which faced lower occupancy and a weaker Australian dollar, it said.

In Australia, revenue for the quarter fell 58 percent on-year to S$288 million on lumpiness of revenue recognition from development projects and the absence of a year-earlier contribution from the sale of two student accommodation components in, al New South Wales, it said. It added this was partially offset by higher sales settlements at two NSW developments, it said.

In Europe and the rest of Asia, revenue for the quarter fell by 29 percent on-year to S$195 million, although profit before interest and tax rose 14 percent on-year to S$100 million on “significant” contributions from the sale settlements of projects in China and maiden contributions from logistics and industrial parks in continental Europe and business parks in the U.K., it said.

That was partially offset by the absence of year-earlier profits from the completion of Vauxhall Sky Gardens in the U.K. and a lower share of associate’s profits from Gemdale Megacity in China, it said.

Oxley Holdings said on Wednesday that its wholly owned subsidiary Godo Kaisha Oxley Tokyo entered a deal to sell a property in Tokyo to three individual buyers for 855.2 million yen (around S$10.48 million), including consumption tax.

The property, which has an 11-storey residential building, is located at Lot Number 1603, Akasaka 2-chome, Minato-ku, Tokyo, Japan, it said in a filing to SGX after the market close on Wednesday.

The sale is expected to have a positive impact on earnings per share and net tangible assets per share for the current financial year ending 30 June 2019, Oxley said.

Revenue from public transport services rose by 20.3 percent on-year in the quarter to S$330.1 million, it said in a filing to SGX after the market close on Wednesday. That was mainly on higher fees from higher operated mileage after the beginning of the Seletar Bus Package in March and higher ridership from rail services after the Downtown Line (DTL) three began operations in October 2017, it said.

Courts Asia warned on Wednesday that it expected to report a net loss for its fiscal first quarter ended 30 June.

Driving the loss, the Malaysia business was impacted by the introduction of consumer protection credit sale regulations, which took effect on 1 January, leading to a more prudent approach to credit sales and a challenging collections environment, it said in a filing to SGX after the market close on Wednesday. The new regulations led to interest rates being capped at 15 percent per annum in Malaysia, it said.

In addition, the Indonesia business was hurt by higher impairment levels and the adoption of new accounting rules, it said, adding there would be a “significant” one-time increase in the allowance for trade receivables and a corresponding decrease in opening retained earnings of S$29.3 million due to earlier recognition of credit losses.

Nera Telecommunications said on Friday that it landed S$11.8 million in contracts for its network infrastructure segment from a repeat customer which is a leading service provider in Southeast Asia.

Under the contract, NeraTel will provide network infrastructure equipment and maintenance and barring unforeseen circumstances, the contracts will contribute positively to the company’s financial performance in the financial year ending 31 December 2019, it said in a filing to SGX before the market open on Friday.

The revenue decline was mainly on delays in project completion, it said in a filing to SGX after the market close on Wednesday.

The network infrastructure segment contributed S$30.8 million, or 65.0 percent, of the communications and network services company’s turnover in the second quarter, it said.

It declared an interim dividend of 1 Singapore cent a share, unchanged from the year-earlier period.

Revenue was boosted by higher contributions from both outlet management and food retail divisions, it said.

“The growth from the group’s outlet management division was due to an increase in income from sub-leasing of food stalls in its coffee shops and food courts, as well as from related cleaning and utilities services provided,” it said. “Likewise, the growth from the food retail division was from an increase in the number of food stalls since July 2017.”

Leong has more than 20 years experience in financial planning and reporting, fund raising, corporate strategy, treasury, merger and acquisition, audit and control as well as experience in senior management positions, the company said in a filing to SGX after the market close on Wednesday.

Leong had been the group chief financial officer of Rotary Engineering since 2015, and she previously was the commercial and structured finance director of Johnson Controls Asia Pacific from 2010-2013, it said.

Vard Holdings said on Wednesday that the expected date and time for the suspension of trading in its shares will be 9:00 A.M. SGT on 27 August.

The company is pursuing a voluntary delisting, with an exit offer from Fincantieri Oil & Gas.

If shareholders purchase scripless shares close to or on the closing date, the shares may not be credited in their securities account with the CDP in time to accept the exit offer, it said in the filing to SGX after the market close on Wednesday.

The exhibitions and thematic division saw its revenue rise 9.5 percent on-year in the first half to S$65.07 million on the completion of several major events in the period, including Art Stage Singapore 2018, Buds by Shangri-La Singapore, Food & Hotel Asia 2018 and Singapore Airshow 2018, Kingsmen said.

The retail and corporate interiors segment saw first half revenue fall 5.5 percent on-year to S$69.93 million as demand for fit-out services from the retail segment remained soft, it said.

Kingsmen said it had secured contracts of S$322 million as of 31 July, with S$273 million expected to be recognized in the current financial year. It said it expected 2018 would be profitable, barring unforeseen circumstances.

It declared an interim dividend of 1.0 Singapore cent, unchanged from the year-earlier period.

This article was originally published on Friday 10 August 2018 at 7:16 A.M. SGT; it has since been updated to include items on Nera Telecommunications and Noble.