ComfortDelGro said on Tuesday it acquired Sydney privately owned bus operator FCL Holdings for A$110 million, or around S$111.11 million, and two freehold depot sites on other bus assets for A$24.45 million as part of what the Singapore-transportation operator called “an aggressive expansion plan.”

FCL Holdings runs Forest Coach Lines in Northern Sydney and regional New South Wales and runs a fleet of 220 buses over eight depots, operating Region 14 contract bus services in Metropolitan NSW, other bus services in NSW and school and non-school charter services, the filing to SGX after the market close on Tuesday said.

When the deal is completed in September, subject to regulatory approval, it will increase ComfortDelGro’s fleet in NSW to 1,459 vehicles, the filing said.

“Growth prospects for the area it operates in are bright given that a major greenfield development, the Northern Beaches Hospital, is due to begin operations at the end of 2018,” ComfortDelGro said in the press release. 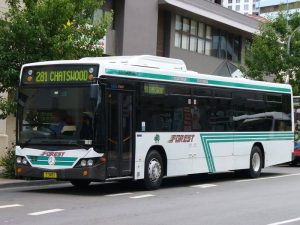 ComfortDelGro also said it is acquiring two freehold depot sites, the Terrey Hills Depot and the Toormina Depot, for A$15.45 million for the operation of the bus services.

In a separate deal, ComfortDelGro said it purchased the bus and coach assets of Coastal Liner Coaches, which operates route bus services in Outer Sydney Metropolitan Bus Service Region 11, for A$9 million. Coastal Liner Coaches has a fleet of 31 buses and coaches and offers luxury coach tour packages for theater performances, concerts and day tours, it said.

The acquisitions mark an expansion of ComforDelGro’s investments in Australia.

“Australia has been a key investment target for the group given its transparent and stable regulatory environment, strong growth prospects and proximity to Singapore,” Yang Ban Seng, managing director and group CEO of ComfortDelGro, said in the statement. “With this acquisition, we now add on new footprints – Coffs Harbour and Narrabri Regions – to our NSW operations.”

ComfortDelGro entered Australia in 2005 and currently operates in three Australian states, NSW, Victoria and Western Australia, with a total fleet of 3,500 vehicles, including buses, coaches, taxis and ambulances, as well as offering outdoor advertising services, the filing said.

How the Grab-Uber deal could affect ComfortDelGro