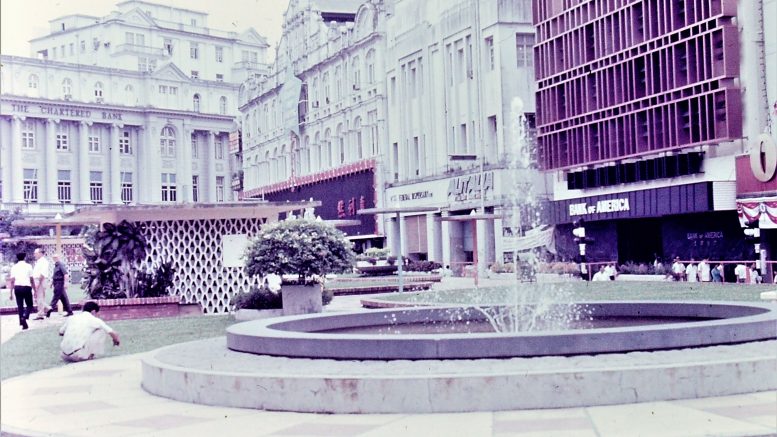 Professional fees during the three months ended June more than doubled to S$7.6 million, according to an earnings statement released after the close of trading on Friday. SGX is battling an injunction against its new India derivatives product.

Wealth management fintech platform iFast Corporation’s second-quarter net profit rose 40.4 percent on-year to S$2.94 million amid growth in its business and asset under administration, or AUA, in both the business-to-consumer (B2C) and business-to-business (B2B) divisions.

AUA rose 22.2 percent on-year to the company’s record S$8.33 billion as of the end of the quarter, it said in a filing to SGX after the market close on Friday.

OUE Hospitality Trust reported on Friday that net property income for the second quarter fell 0.5 percent on-year to S$26.49 million amid the absence of income support for the Crowne Plaza Changi Airport (CPCA) and as hospitality segment revenue slipped.

“The lower DPU for the current financial year was mainly due to the one-off rental compensation for a retail lease recorded last year, weaker contributions from the office portfolio, lower revenue from Australia partly attributed to income disruption from asset redevelopment at Plaza Arcade, as well as higher withholding taxes in Malaysia,” said Ho Sing, CEO of the REIT’s management company YTL Starhill Global.

UK conglomerate Jardine Matheson Holdings said underlying profit attributable to shareholders rose 6 percent to US$792 million in the first six months of 2018. The group’s revenue for the period was 14 percent higher at US$21.33 billion.

“After a good performance in the first half of 2018 driven primarily by Astra and Jardine Cycle & Carriage, we are optimistic for a stronger second half of the year, with these companies continuing to perform well and the contributions of other businesses expected to improve.” Chairman Henry Keswick said in a statement after the market closed on Friday.

Jardine Strategic Holdings’ underlying profit for the half year ended June rose 9 percent to US$828 million, while group revenue increased 13 percent to US$16.94 billion.

Jardine Strategic said after the close of trading on Friday it benefited from strong performances by auto companies Astra International and Jardine Cycle & Carriage in particular, although these were partially offset by Jardine Pacific. Supermarket operator Dairy Farm saw a slight increase in profit, while Hongkong Land was slightly down against the prior year.

Companies in the Jardine Group are linked through a web of cross-shareholdings.

Hong Leong Asia said on Friday its joint venture company, HL-Sunway JV, will build an Integrated Construction and Pre-Fabrication Hub at Pulau Punggol Barat following a concept and price tender called by the Building and Construction Authority of Singapore.

HL-Sunway JV will pay about S$25.7 million to lease the site for 30 years.

The Bulgaria project is the 55th project undertaken by Shandong Yangguang outside of China.