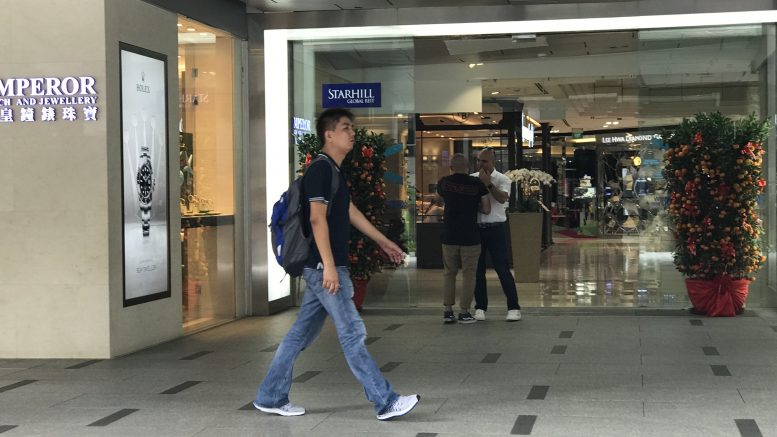 Starhill Global REIT reported that its fiscal fourth quarter net property income slipped 3.3 percent on-year to S$40.0 million amid a weaker contribution from its office portfolio and from the Myer Centre Adelaide (Retail).

That was partially offset by higher net property income from the Plaza Arcade, with the Perth-based property completing its asset redevelopment, and the Malaysian ringgit’s appreciation, the REIT manager said in a filing to SGX after the market close on Friday.

The distribution per unit (DPU) dropped 7.6 percent on-year to 1.09 Singapore cents, it said.

“The lower DPU for the current financial year was mainly due to the one-off rental compensation for a retail lease recorded last year, weaker contributions from the office portfolio, lower revenue from Australia partly attributed to income disruption from asset redevelopment at Plaza Arcade, as well as higher withholding taxes in Malaysia,” Ho Sing, CEO of REIT manager YTL Starhill Global, said in the statement.

Ho added that the completion of the renovation works and a recovery in Singapore’s office market allowed DPU to remain stable in the fiscal fourth quarter compared with the fiscal third quarter.

He noted the Plaza Arcade has handed over premise to its new anchor tenant UNIQLO, which is expected to open in the calendar third quarter of this year. Occupancy in the Singapore office portfolio also rose to 95.0 percent as of 30 June, up from 90.7 percent at 31 March, he noted.

Starhill Global REIT’s portfolio contains 10 properties, mainly office and retail, across Singapore, Australia, Malaysia, China, and Japan, which are valued at about S$3.1 billion, it said.