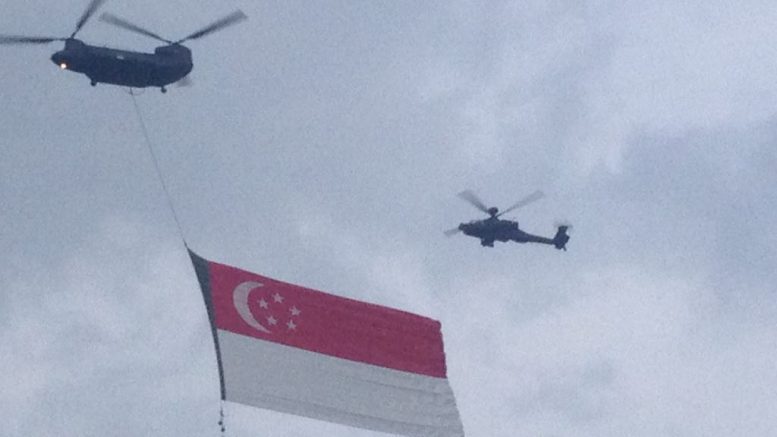 Frasers Centrepoint Trust (FCT), which owns malls across Singapore, reported on Tuesday higher distribution per unit (DPU) of 3.053 cents for the fiscal third quarter ended June, an increase of 1.8 percent.

Gross revenue grew 10.9 percent year-on-year to S$48.3 million on higher contributions from the three larger malls in FCT’s portfolio, with the recently renovated Northpoint City North Wing posting a 35.9 percent rise in revenue due to higher occupancy and rents, the property trust said after the market close.

During the quarter, FCT renewed 37 leases accounting for 4.6 percent of total net lettable area at an average rental reversion of 5.0 percent.

Looking ahead, FCT said it will continue to benefit from the successful completion of asset enhancement at Northpoint City North Wing, where the occupancy is expected to improve to around 97 percent from the current 92.5 percent due to secured pre-committed leases.

Mapletree Industrial Trust (MIT), whose properties include factories and data centers, reported on Tuesday its distributable income rose 7.6 percent on-year to S$56.9 million for the fiscal first quarter ended June 30.  Distribution per unit (DPU) rose 2.7 percent to 3.00 Singapore cents from 2.92 cents in the same period a year ago.

The rise in distributable income and DPU was driven by income contribution from phase two of a build-to-suit (BTS) project for HP Singapore as well as MIT’s 40 percent interest in a portfolio of 14 U.S. data centres. The trust also received compensation from early termination of leases, which partially offset lower occupancies across most of its properties.

MIT offers BTS arrangements which involve customising the facility to clients’ specifications and providing the space on long leases.

Looking ahead, MIT said continuing supply of competing industrial space is exerting pressure on both occupancy and rental rates. The manager will continue to focus on tenant retention to maintain a stable portfolio occupancy, it added.

MIT’s average portfolio occupancy fell to 88.3 percent at the end of June from 90.0 percent in the preceding quarter.

Banyan Tree Holdings said late on Tuesday it has agreed to sell its resort and other assets in the Seychelles for US$70 million or around S$95.3 million. The final amount is subject to post-completion adjustment in accordance with the conditional sales and purchase agreement.

“The transaction is part and parcel of BTH Group’s (Banyan Tree Holdings) strategy on rebalancing its assets in the normal course of business and to unlock the value of its mature assets to create greater value from other markets,” it said in a statement.

The Singapore-based group will continue to manage Banyan Tree Resort Seychelles under a hotel management agreement.

Announcing this in a statement on Tuesday, POSH said POSH Kerry Renewables will provide anchor handling, supply and standby support to an international geotechnical services operator during the site survey, installation and construction of an offshore wind farm.

POSH Kerry Renewables a joint venture between POSH and Kerry TJ Logistics, which are both linked to Malaysia’s richest tycoon Robert Kuok.

Genting Singapore has incorporated five subsidiaries in Japan, which last week legalized casino gambling in the country after years of debate among lawmakers.

Each subsidiary has an issued and paid-up share capital of 2 Japanese yen, Genting Singapore said in a stock market filing after the market closed on Tuesday.

Genting Singapore said the new subsidiaries’ principal activities include development and management of integrated resort and leisure destinations; marketing and promotion; and investments and management of real estate and trust beneficiary interests.