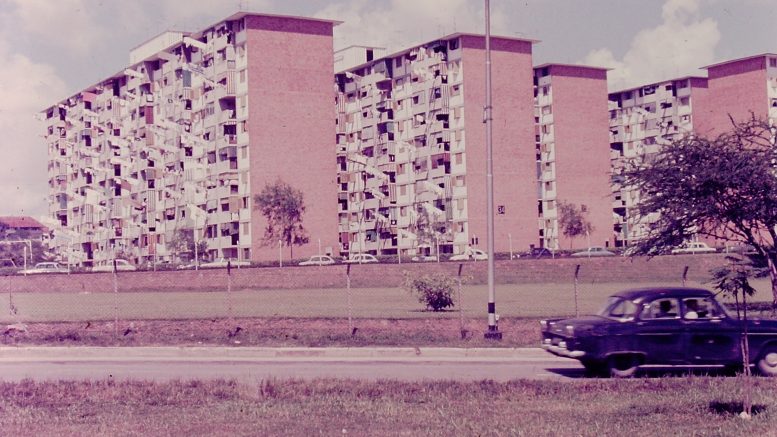 RHB downgraded Singapore’s property sector to Neutral from Overweight after the government imposed a fresh round of property cooling measures.

In early July, Singapore’s government announced a fresh round of cooling measures for the property market, targeting the additional buyer’s stamp duty (ABSD) and loan-to-value limits. The surprise measures set off a selloff in property stocks and banks.

“Our channel checks show the latest policy measures seem to have achieved the objective of curbing the exuberance in the property sector,” RHB said in a note on Monday.

“Many developers are still proceeding with project launches as per initial plans, but are seen lowering their pricing expectations by 10-15 percent,” it said. “We also note that some of these launches – especially high-end segment – have been deferred, which is not surprising, considering this segment will likely see the biggest impact.”

RHB said that after the cooling measures, it expected transaction volumes this year would fall by 10 percent, compared with its previous expectations for a 10-15 percent rise. It added that it expected prices would be “flattish” over the second half of 2018 and into 2019.

“We believe sales momentum is unlikely to take a sharp dip as long as the developers are willing to price their launches more realistically,” RHB said.

But it added, developers’ margins were likely to be squeezed to 0-15 percent, depending on the cost and timing of the land purchase.

Competition for land sites had driven land prices higher over the past year, with bids factoring in 10-30 percent price appreciation to reach typical development margins of 10-15 percent, RHB noted.

RHB downgraded City Developments to Neutral from Buy and cut its target price to S$10.40 from S$15.00.

“We expect CDL to be negatively impacted by the slowdown in demand for Singapore’s residential properties due to recent cooling measures,” RHB said in a separate note on Monday. “It has among the largest inventory of more than 3,000 residential units in Singapore. The near-term outlook for U.K. projects also remains subdued from slow progress of Brexit negotiations.”

It also cut CapitaLand’s target to S$3.95 from S$4.25, but kept a Buy call, calling it its large-cap top buy for the sector.

“Among big-cap developers, CapitaLand has the least exposure to Singapore’s residential segment and is likely to see minimal impact from latest cooling measures,” RHB said in a separate note on Monday. “We expect sales from China projects to remain steady in the second half of 2018.”

RHB added that CapitaLand’s dividend yields of 4 percent and share buyback programs would lend support to the share price.