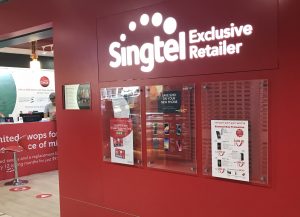 Amobee, the digital marketing subsidiary of Southeast Asia’s largest telecoms firm Singtel, has won a court-supervised auction to acquire assets from U.S. TV and video advertising software provider Videology for around US$101 million.
The purchase price is subject to adjustments for accounts receivable at closing, estimated to be approximately US$20.9 million, Amobee said in a media release late on Tuesday.
The acquisition follows Videology’s voluntary Chapter 11 restructuring proceedings and includes the U.S. company’s technology platform and intellectual property.
“Over the past decade, Videology has emerged as a leading provider of software that empowers advertisers and publishers to use data to optimize campaigns and spend across digital platforms and television,” Amobee said in the statement.
“The addition of Videology’s capabilities will be a further boost to Amobee’s omni–channel platform and help marketers meet growing consumer demand for premium video and connected TV content,” the Singtel subsidiary added.
One of the world’s largest independent advertising platforms, U.S.-based Amobee provides clients with advanced data management and media planning capabilities over programmatic channels and social media platforms. Amobee also supplies real-time market research and proprietary audience data.

Singapore Airlines has been named this year’s “World’s Best Airline” in the prestigious Skytrax’s World Airline Awards. SIA also took the top spot in the “World’s Best First Class”, “Best Airline in Asia” and “Best First Class Airline Seat” categories in the 2018 rankings.
SIA said, in a news release late on Tuesday, that this was the fourth time it has been named “World’s Best Airline” by Skytrax.
The Skytrax awards are based on surveys of more than 20 million travellers, who rated more than 335 airlines between August 2017 and May 2018.

Keppel-KBS US REIT reported second quarter net property income of US$13.79 million, slightly exceeding the forecast made during its initial public offering.
The distribution per unit (DPU) for the quarter was 3.82 U.S. cents, above the IPO forecast of 3.80 U.S. cents, translating to an annualized distribution yield of 6.77 percent, the REIT manager said in an SGX filing after the market close on Tuesday.
The REIT manager issued a positive outlook statement.
“The REIT, with assets located in key growth markets in the West Coast, Central, and East Coast, is well-placed to benefit from organic growth, largely from improved occupancies and built-in rental escalations in its portfolio,” it said. “Office demand in these markets is underpinned by strong and defensive sectors such as technology, education and healthcare.”
It added that the manager was actively pursuing potential acquisitions in key growth markets where the REIT has a presence as well as other U.S. cities with similar growth profiles.

Keppel Infrastructure Trust kept distribution per unit (DPU) steady at 0.93 Singapore cents for the quarter ended June despite falling into the red.
KIT, which is managed by Singapore conglomerate Keppel Corp, posted a net loss attributable to unitholders of S$4.04 million for the quarter, reversing from a net profit of S$15.75 million in the same period a year ago. The trust’s revenue for the quarter fell 10% to S$142.9 million.
In its statement that was issued late on Tuesday, KIT said it earned lower fees from Basslink, a 370-km electricity interconnector between Australia’s Victoria state and Tasmania due to the service outage that occurred between March 25 and June 5. The outage was a result of an incident caused by a third party contractor.
One of its power plants, Keppel Merlimau Cogen, also contributed lower revenue due to unplanned maintenance during the second quarter.

Keppel DC REIT, a pure-play data center REIT, reported net property income for the second quarter rose 21.4 percent on-year to S$38.08 million.
Gross revenue for the quarter rose 21.5 percent on-year to S$41.93 million, while the distribution per unit (DPU) was up 4.6 percent on-year at 1.82 Singapore cents, it said in a filing to SGX after the market close on Tuesday.
In its outlook statement, the manager said Keppel DC REIT was well-positioned to benefit from the data-center market’s growth, which was supported by enterprises’ and consumers’ move to digitization and cloud adoption.