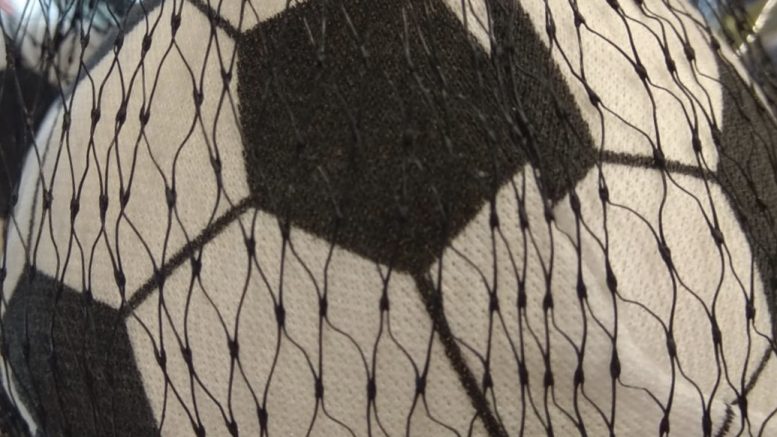 A funny thing happened on the way to the World Cup final: Germany, the favorite to win for a second straight time, didn’t make it past the group stage. Another favorite, Brazil, struggled to make it through the group stage for a slot in the round of 16.

Beyond sleepless nights for Asian traders glued to TV screens, that might not seem to have much to do with markets, except that some investment banks decided to apply their market algorithms to pick the winners.

“Simulations indicate no country has higher odds of winning the tournament than Germany, leading the table with a likelihood of 24 percent,” UBS touted in a press release in May. UBS didn’t immediately respond to an emailed request for comment.

Goldman Sachs said in June it had 200,000 models, using machine learning to mine data on team characteristics and individual players; it followed that up with a simulation of 1 million possible tournament evolutions to gauge the probability of each team’s progression. It predicted Brazil would defeat Germany in the final. It noted France had a higher probability of winning, but that bad luck in the draw meant it would play Brazil in the semi-final stage, where it might stumble.

Goldman also incorrectly predicted Russia wouldn’t make it through the group stage. To be fair, its prediction Argentina would underperform appears to be playing out.

It’s the economy? Or not

“High ranking in football is the playground of middle- and upper-income economies,” it said in a note in mid-June, noting that Senegal and Congo were the outliers in the top 50. From 51-100, however, DBS saw “virtually no relationship whatsoever.”

DBS noted that within Asia, Japan and South Korea still ranked below 50 in FIFA. But that didn’t stop South Korea from ousting Germany before the round of 16 stage.

Banks’ methodologies don’t seem to hold up well against other predictive methods: Russia’s psychic cat has managed to pick at least three out of four.

The deaf feline picked Iran over Morocco, Russia over Egypt and Brazil over Costa Rica, which for most of the game wasn’t a sure bet. But the cat, Achilles, stumbled when he incorrectly picked Nigeria to beat Argentina. To be fair, that’s a lot of pressure for a cat moonlighting from his day job as a mouser. Missed cat naps may have affected his performance.

It might be tempting to chalk up the death of all the predictions under a quote attributed to a 19th century Prussian general, Helmuth von Moltke: “No battle plan ever survives first contact with the enemy.”

But investment banks are using these same tools for real-world predictions and investments. If the tools have fewer variables to consider than, say, all the variables involved in what’s happening on the ground during the U.S. trade war just as Iran’s oil output may disappear from world markets, how well can those tools handle the bigger data sets to pick investments?

To be sure, World Cup games have only three potential outcomes: win, lose and draw. Investments can partially fulfill predictions.

And Goldman was careful to say it wasn’t clear how much faith anyone should have in its World Cup predictions.

“We capture the stochastic nature of the tournament carefully using state-of-the-art statistical methods and we consider a lot of information in doing so (including player-level data),” it said in its June note. “But the forecasts remain highly uncertain, even with the fanciest statistical
techniques, simply because football is quite an unpredictable game.”

Within Singapore, there’s another loser in the predictions game: Andy’s Dad, who became a global meme during the 2014 World Cup. Singapore’s National Council on Problem Gambling (NCPG) had created the character of Andy and his allowance-stealing Dad to warn of the dangers of compulsive gambling. The campaign backfired when Andy’s Dad bet on Germany, which won.

On Thursday, Senegal will play Colombia, Japan is up against Poland, England plays Belgium and Panama goes toe-to-toe with Tunisia.

UBS: This team is most likely to win the World Cup