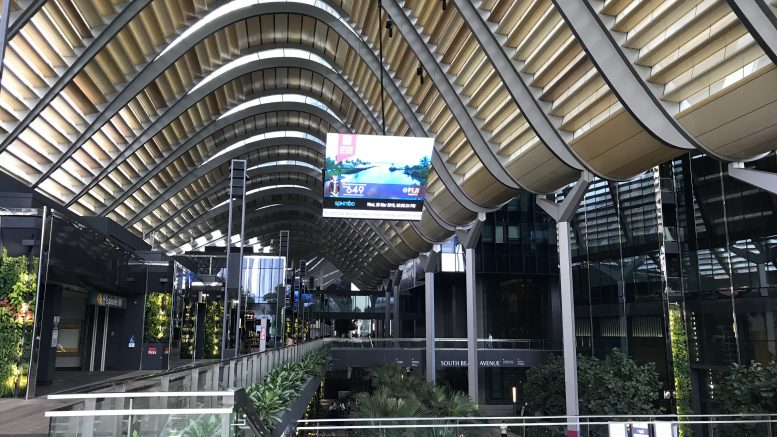 The South Beach building in Singapore

Singapore’s shares will start trade on Friday with a negative lead from Wall Street overnight and from Asian markets.

The Dow Jones Industrial Average shed 0.34 percent on Thursday, while the S&P 500 lost 0.57 percent and the Nasdaq fell 0.78 percent. In Asia, Japan’s Nikkei index opened down 0.24 percent on Friday.

“The U.S.  stock market had its first loss of the week as technology companies and consumer products went south. Overall earnings were quite bullish for markets, but there are the usual post earnings pessimism permeating  markets that this is about as good as its going to get,” Stephen Innes, head of Asia Pacific trading at OANDA, said in a note on Friday.

“But investors should also take note of surging oil prices and the possible inflationary impact they could have on sending the U.S. yield curve higher, which could prove to be the markets undoing,” he added.

The offshore and marine division posted a net loss of S$23 million for the quarter. The company noted the division has won around S$580 million in new contracts so far this year.

Frasers Commercial Trust reported its fiscal second quarter distribution per unit (DPU) fell 4.4 percent on-year to 2.40 Singapore cents. In a filing to SGX on Friday, the REIT’s manager said gross revenue for the quarter fell 18 percent on-year to S$33.0 million, mainly on lower occupancy for properties in Singapore, Central Park, 357 Collins Street and the absence of a one-off lease termination in Central Park as well as the weaker Australian dollar.

That was below a forecast from Daiwa for DPU of 2.45 Singapore cents and revenue of S$39.7 million.

The acquisition of a 50 percent indirect stake in Farnborough Business Park in the United Kingdom was completed on January 29 and began contributions, the statement noted.

Frasers Logistics & Industrial Trust said it is proposing to buy 21 industrial properties in logistics hubs in Germany and the Netherlands for 596.8 million euros, or around S$972.8 million. The properties have 100 percent occupancy and a weighted average lease expiry of 8.0 years, the trust said in a statement to SGX on Friday.

China Sunsine Chemical said it expected to report a “substantial” increase in its net profit for the January-to-March period. That was mainly due to higher average selling prices and sales volume, the company said in a statement to SGX after the market close on Thursday.

The company also noted it was a beneficiary of China’s crackdown on pollution.

SLB Development said it received strong investor interest for its initial public offering on the Catalist board of 238 million new shares at S$0.23 each. It noted that for the 8 million shares available to the public for subscription, it received applications for 164.84 million shares, making the public tranche 20.6 times subscribed.

SLB, which is being spun off from Lian Beng, has three residential property development projects and two industrial ones, the statement said. It also has a stake in a mixed-use project in China. SLB’s project portfolio has a gross development value of around S$892 million.

Silverlake Axis said that its subsidiary QR Retail Automation landed a contract with Metro Singapore for a cloud-based retail automation service QR Cloud. The contract will be for the company’s first use of the software-as-a-service subscription version of its product, the company said in a statement to SGX on Thursday. For confidentiality reasons, the contract value wasn’t disclosed, the company said, but it added that the contract would contribute positively to the current financial year’s results.