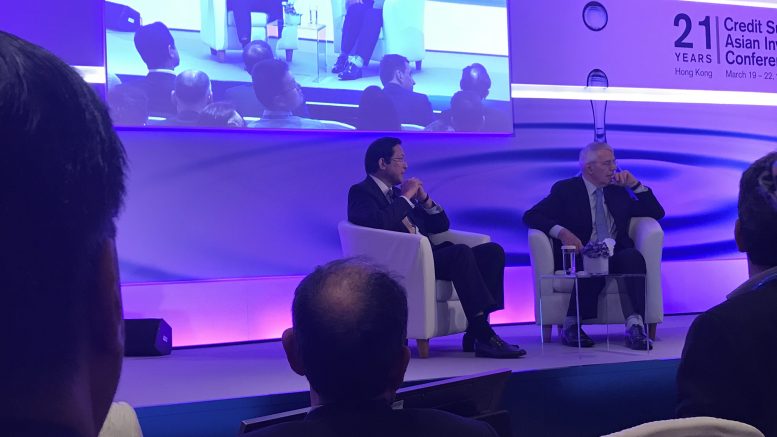 This is what speakers from the Credit Suisse Asian Investment Conference had to say on Monday, March 19th, 2018, about the fears of a trade war potentially emerging from the U.S.

Connect to the podcast on Anchor here.

Connect to the podcast on Apple Podcasts here.

This podcast is sponsored by “A Cat Called Monster,” a book about a Singapore cat with a crooked tail. It’s available from Amazon.

Olam to sell around 35 percent Olam Agri stake to Saudi-based SALIC for US$1.24B