Keppel shares will likely be in focus on Tuesday after the company said Singapore’s Court of Appeal will allow its plans to divest a China project to proceed. That could result in a substantial boost to its bottom line.

The company’s plan to sell a stake in a China marine project for 2.9 billion yuan (around S$605 million) had been blocked since November by minority shareholder Sunsea Yacht Club filing a court case in Singapore to scuttle the deal, the Business Times reported in November.

The remaining 20 percent of the Keppel Cove project is held by Sunsea Yacht Club.

The High Court in December had in December granted Sunsea Yacht Club a restraining order preventing the deal’s completion, Keppel noted in the SGX filing on Monday.

At the hearing on Monday, the Court of Appeals dismissed Sunsea Yacht Club’s case and awarded costs to Keppel’s units, the filing said.

“Given the outcome, KLCL will take appropriate steps to complete the divestment,” Keppel said in the filing.

According to the Business Times report in November, if the deal proceeds, Keppel Land China would recognise a gain of around S$290 million.

By way of comparison, for 2017, Keppel reported net profit of S$217 million, although that was down from S$784 million in 2016 due to financial penalties related to resolving allegations of corruption in relation to contracts In Brazil. 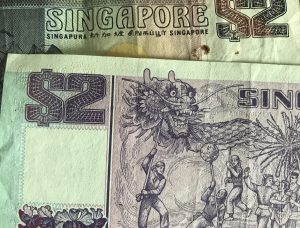