If the U.S. dollar continues to weaken, equities in Asia will get a fillip. That’s according to analysts at Societe Generale.

“Historically, Asia equity markets rise (in local currency) when the dollar is weakening, with Hong Kong and China offshore markets being the most negatively correlated. These markets should remain well positioned in the case of more U.S. dollar weakening,” Societe Generale said in a note on Monday.

It said that domestic cyclical sectors in Hong Kong or China, such as financials, industrials and discretionary, tend to benefit relatively more from a weak dollar.

The dollar index, which measures the greenback against a basket of currencies, is down around 13 percent since late 2016, but that’s a relatively tame decline compared with previous cycles, such as the 2002-2008 period, when it fell 25 percent, Societe Generale said.

The bank forecasts the dollar index will fall by another around 5 percent over the next year.

Earnings growth should also improve as a weaker dollar as it will lower the dollar-denominated debt burden and central banks will also be able to loosen monetary policy, the bank said.

Finally, a weaker dollar is often associated with rising commodity prices, which support earnings in related sectors, including materials and industrials, the bank said, noting this is especially true among China listed shares.

But Societe Generale noted that some markets, including India, South Korea and Taiwan, have a relatively high proportion of exporters.

“Even if they benefit from a weakening dollar, some exporting sectors, including Korea automobile, India technology or India healthcare, are relatively more vulnerable,” the bank said. 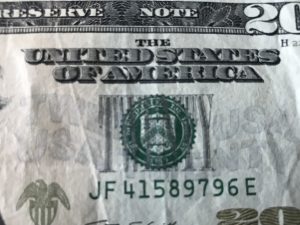 Podcast: Why the world fears US President Trump’s protectionism