“This new cycle will be sustainable, supported by structural growth factors rather than unsustainable populist policies that previously swung the economy up and down from time to time without real underlying growth,” the report said.

“While monetary policy continues to be extremely loose, we expect an extreme loosening of policies, both fiscal and monetary, this year,” Thanachart said. “That said, even before the major fiscal spending kick-starts, the economy appears to be recovering on its own and capital goods and raw material imports continue to climb.”

It forecast economic growth of only 4.0-4.5 percent per annum for the next five years, but added that should be enough to sustain the SET bull cycle.

The brokerage said it was “heavy” on consumption-related stocks, pointing to recovering farm incomes since 2016, strong tourism and the government’s “grassroots stimulus” policies which are targeting the poor.

It said it liked RS PCL, Beauty Community, CP All and Central Pattana.

To play on rising tourism, the brokerage tipped Airports of Thailand, Siam Wellness Group and Beauty.

Among the banks, Thanachart said it liked Kasikornbank, pointing to expectations that the recovery domestic economy would improve loan and asset quality. 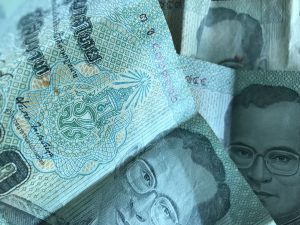