It’s an ignominious finish that came despite a slew of analyst reports that were generally positive on earnings that were in line with expectations and an outlook that appeared brighter.

Indeed, DBS said in a note on Monday that the stock was “still holding the winning hand,” while keeping a Buy call and lowering its target price only a tad to S$1.49 from S$1.51 previously.

But Morgan Stanley was less than enthusiastic, downgrading the stock to Equalweight from Overweight, citing three reasons.

Firstly, it said it expected earnings revisions to turn negative after a year of being positive, which could drive up multiples and make the stock expensive. It added, at the current 22 times price-to-earnings on 2018 estimates, it’s already “not cheap.”

Secondly, Morgan Stanley said it expected Genting Singapore to invest more than S$1 billion over the next few years on renovation and new attractions. While it could make the resort more competitive in the medium term, it would lower free cash flow and be distruptive short term, the note said.

Finally, the return on invested capital (ROIC) in Japan could disappoint, Morgan Stanley said, noting that the Japan legislation could include restrictions on casino floor areas and higher revenue taxes, potentially as high as 50 percent.

The bank said in a note dated Sunday that the casino operator’s fourth quarter earnings missed its estimates on a lower win rate, higher rebates and one-time performance bonuses.

It cut its EBITDA, or earnings before interest, taxes, depreciation and amortisation, forecasts for 2018 and 2019 by 5 percent each to reflect the weaker earnings. 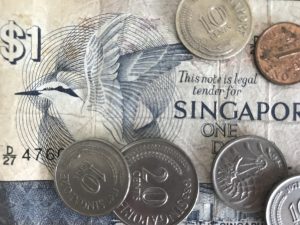