Shares of Sembcorp Marine appear poised to fall in early trade on Thursday after its earnings missed forecasts.

Analyst sentiment on the stock had recently turned more buoyant and that may now provide added weight to the shares.

The earnings miss may also weigh on parent Sembcorp Industries.

For the full year, SembMarine reported after the market close on Wednesday that earnings before interest, tax, depreciation and amoritization (EBITDA) dropped 44 percent on-year to S$213.4 million. That’s well below Deutsche Bank’s forecast for S$287.2 million.

Group revenue for the year dropped 33 percent to S$2.39 billion, with SembMarine attributing the fall to lower sales from all key business segments except repairs and upgrades. It also included a reversal of previously recognised rig sales after the original owners terminated contracts.

Revenue was in line with DBS’ forecast for S$2.358 billion, but EBITDA and net profit missed the Singapore bank’s estimates.

In its guidance, SembMarine said the immediate outlook was “challenging” as it would take time for capex spending to translate into new orders.

“Industry activities remain low and competition for orders remains intense,” it said in the release.

Sentiment on the shares had recently turned more buoyant.

But it had cited as a key downside risk that issues could arise with existing order deliveries as crude oil prices had remained below US$40 a barrel for a prolonged period, which was below breakeven for many offshore projects.

DBS had also been positive on the stock recently, calling it “one of the best proxies to ride the O&M recovery” in a note on February 13. It had set a target price of S$3.10 and a Buy call.

But DBS appeared somewhat prepared for the possibility earnings could miss, saying that if the results were weak, it  was “less likely” to trigger a selloff after the unexplained 12 percent selloff on February 12; the stock, however, had regained most of its lost ground since then.

SembMarine shares ended at S$2.63 on Wednesday. The February 12 low of S$2.37 may act as an initial support. 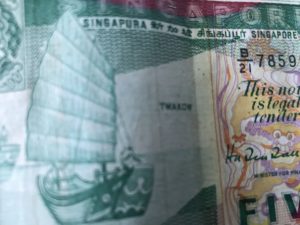