StarHub’s shares recovered a tad on Monday, rising 1.56 percent, or 4 Singapore cents, to S$2.61 by 1:17 P.M. SGT, after tumbling more than 10 percent on Thursday’s half day of trading following earnings which disappointed the market.

The Singapore market was closed on Friday for the Lunar New Year holiday.

The share likely got a sentiment fillip from CEO and Executive Director Tan Tong Hai buying 200,000 shares of the telco at S$2.59 on February 15, for a total tab of around S$518,000; that’s according to a filing with SGX on Monday.

The purchase brought Tan’s holdings to more than 750,000 shares, or around 0.04 percent of StarHub’s total ordinary voting shares.

But overall, analysts were generally downbeat on the stock after its fourth-quarter earnings missed expectations.

UOB KayHian said in a note on Thursday that fourth-quarter net profit of S$14.1 million was “way below” its forecast of S$47.1 million. UOB KayHian noted that StarHub’s post-paid mobile subscriber base contracted 1.4 percent on year in 2017, while post-paid average revenue per user (ARPU) was down 3 percent on-year.

The brokerage also noted that the pay-TV business was in a “secular decline,” with 10 consecutive quarters of contraction in the subscriber base.

It cut its 2018 and 2019 earnings forecasts by 12 percent and 10 percent respectively on competitive pressures in the mobile, pay-TV and broadband businesses.

But UOB KayHian bumped up its target price a tad to S$2.70 from S$2.62, keeping a Hold call; it noted that the 5.6 percent dividend yield was attractive.

The brokerage suggested an entry price of S$2.50. 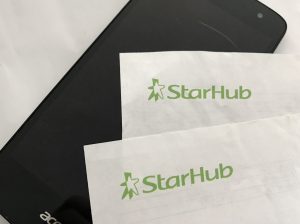