JPMorgan put itself in the “rout is likely to pass” camp, saying it didn’t expect equities to fall much further from here.

“We believe that one should sell from here only if growth starts to disappoint, but that is not our view,” the bank said in a note on Monday.

To be sure, the bank said it expected interest rates would be higher ahead, driven by a pickup in inflation, the increase in the U.S. deficit and the turn in central bank bond buying. But JPMorgan said it didn’t necessarily see that as a damper on equities.

While many investors appeared worried about funding-cost increases amid a rise in bond yields, JPMorgan said that “all-in” financing costs, which add credit spreads to government yields, remained near historical lows.

”While equities will certainly have to adapt to the new regime of higher rates, we don’t believe that it necessarily requires further derating from here,” it said. “True, valuations were somewhat stretched at the peak of the market last month, but they have now improved.”

JPMorgan said it advised buying and staying long on financials and selected cyclicals. It was cautious on most defensives. It added that banks were its preferred pick globally as it expected the sector to benefit the most from higher bond yields and from resilient activity.

Regionally, it said it is Overweight the eurozone, and it was Overweight on the periphery versus the core, with Italy still its top pick. It noted the periphery has more exposure to financials and was less sensitive to moves in the euro.

It was Underweight on the U.K. and Switzerland. It said it expected U.K. equities to perform poorly amid rising yields and the prospect of further rises in the British pound didn’t bode well for the country’s stocks as they derive more than two-thirds of their revenue abroad. 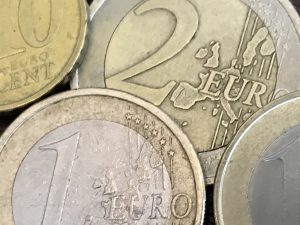